NEW YORK (Reuters) – Macy’s Inc plans to reopen 68 U.S. stores on Monday in states that have loosened coronavirus lockdowns, the department store operator said on Thursday, as more retailers sought to get business going after a crushing month of closures. 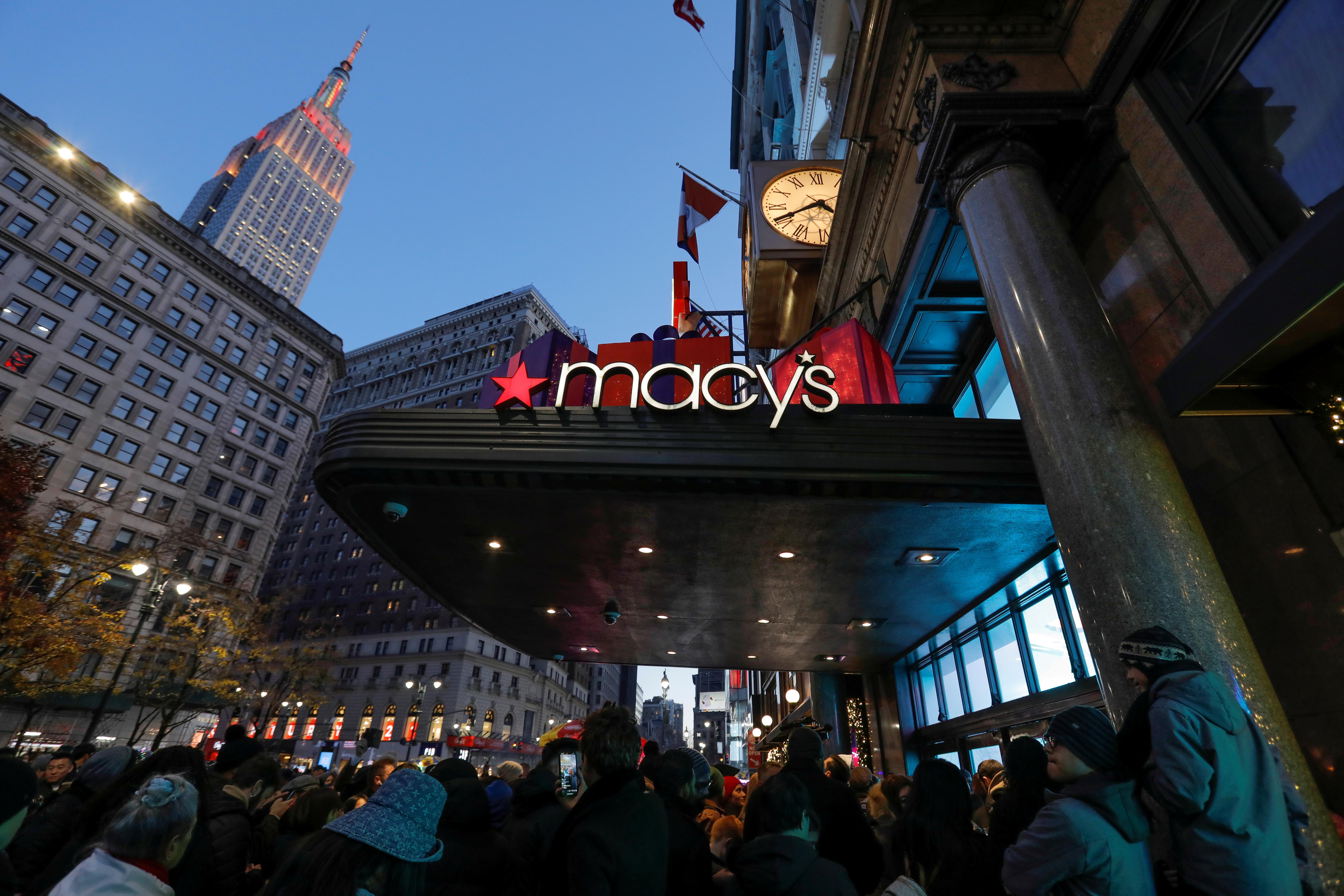 Cincinnati, Ohio-based Macy’s, the largest U.S. department store operator by sales, said it expects to have all of its roughly 775 stores reopened in six weeks, if infection rates taper off as projected and state and local governments allow it.

The next batch of roughly 50 stores is scheduled to reopen on May 11, it said. At this time, the company is not naming which store locations will reopen, a spokeswoman said.

All of its stores have been closed since March 18.

However, the shopping experience will be greatly changed, as many shoppers remain wary about the virus. For instance, the number of fitting rooms offered to shoppers at one time will be reduced and sanitized frequently. Plexiglas will be at each cash register, signs will alert shoppers to keep 6 feet apart, beauty consultations will be “no-touch” only, and more. The reopened stores will operate on reduced hours from 11 a.m. to 7 p.m.

Shares of Macy’s, which also owns the Bloomingdale’s and Bluemercury chains, were down roughly 6.5% in afternoon trading.

Earlier this month, Reuters reported that Macy’s hired investment bank Lazard Ltd to explore options for bolstering its finances after the department store operator lost most of its revenue because of its decision to shut down all its stores amid the outbreak, people familiar with the matter said.

The reopening plan, first reported by the Wall Street Journal, follows moves by other major retailers judged “non-essential” in the crisis to get business at their physical stores going again, albeit slowly and with restrictions in place.

Simon Property Group Inc, America’s biggest mall operator, expects to open 49 properties starting Friday based on current state and/or local stay-at-home or closure orders. The majority of reopenings are expected in the South, where restrictions have loosened up the most thus far in the United States.

Coach handbag maker Tapestry Inc also said on Thursday it would start reopening some stores in North America, as it tries to recover from the damage to its sales caused by the lockdowns.

“Keeping stores closed isn’t helping the retailers or malls. … They don’t have cash to last too much longer,” Sucharita Kodali, retail analyst at Forrester Research, said of retailers starting to reopen stores for business. “Opening them may help to salvage some sales especially so long as they can generate more revenue than their labor costs.”

The most cash-constrained will likely reopen soon, Kodali added, while others “may have the luxury to hold out longer.”