Moving on to a new phase of its digital transformation, LVMH Moët Hennessy Louis Vuitton has tapped two seasoned executives from its flagship fashion brand to lead the charge.

Meanwhile, Franck Le Moal will oversee the digital partnerships team in addition to his role as group IT director. Le Moal moved up to the group level in October 2019 after almost 20 years as chief information officer at Vuitton.

The reorganization comes as Ian Rogers, LVMH’s chief digital officer since 2015, transitions into an advisory role at LVMH and takes on a full-time job at tech start-up Ledger in Paris.

“We are very grateful for Ian’s contribution and look forward to continuing to work with him in his advisory role, including hosting the LVMH Innovation Award,” Bernard Arnault, chairman and chief executive officer of LVMH, said in an internal announcement seen by WWD. “Ian has helped us integrate digital more deeply into our organizations with a sensitivity to the codes of luxury.”

“Michael has led omnichannel at Louis Vuitton to become state of the art in the luxury industry both in terms of revenue growth and excellence of service to customers,” added Toni Belloni, group managing director at LVMH, who oversaw the reorganization of the digital and IT teams. “I am excited for Michael to bring these skills and knowledge to the LVMH digital team and look forward to working with him and Franck to accelerate progress across all the categories and maisons. We have solid digital foundations at LVMH, but this journey is just beginning.”

In an interview on Monday, Belloni recalled that Rogers, who came on board from Apple in 2015, said at the outset that his job was “bound to disappear” once digital know-how became embedded in all parts of LVMH and all functions.

“He has been great at spreading the gospel among our people, and among our leaders, most of them digital non-natives, and also attracting great talent to the group,” Belloni said, also crediting Rogers for “building a web of relationships for the group” with tech giants such as Google, Tencent and Salesforce, along with start-ups like the VivaTech forum in Paris.

“We are happy that he has accepted to stay on as an adviser,” he said. “We’ll be happy to count on his visionary thinking and the fact that he has a very high-level view of what’s happening in the system.” 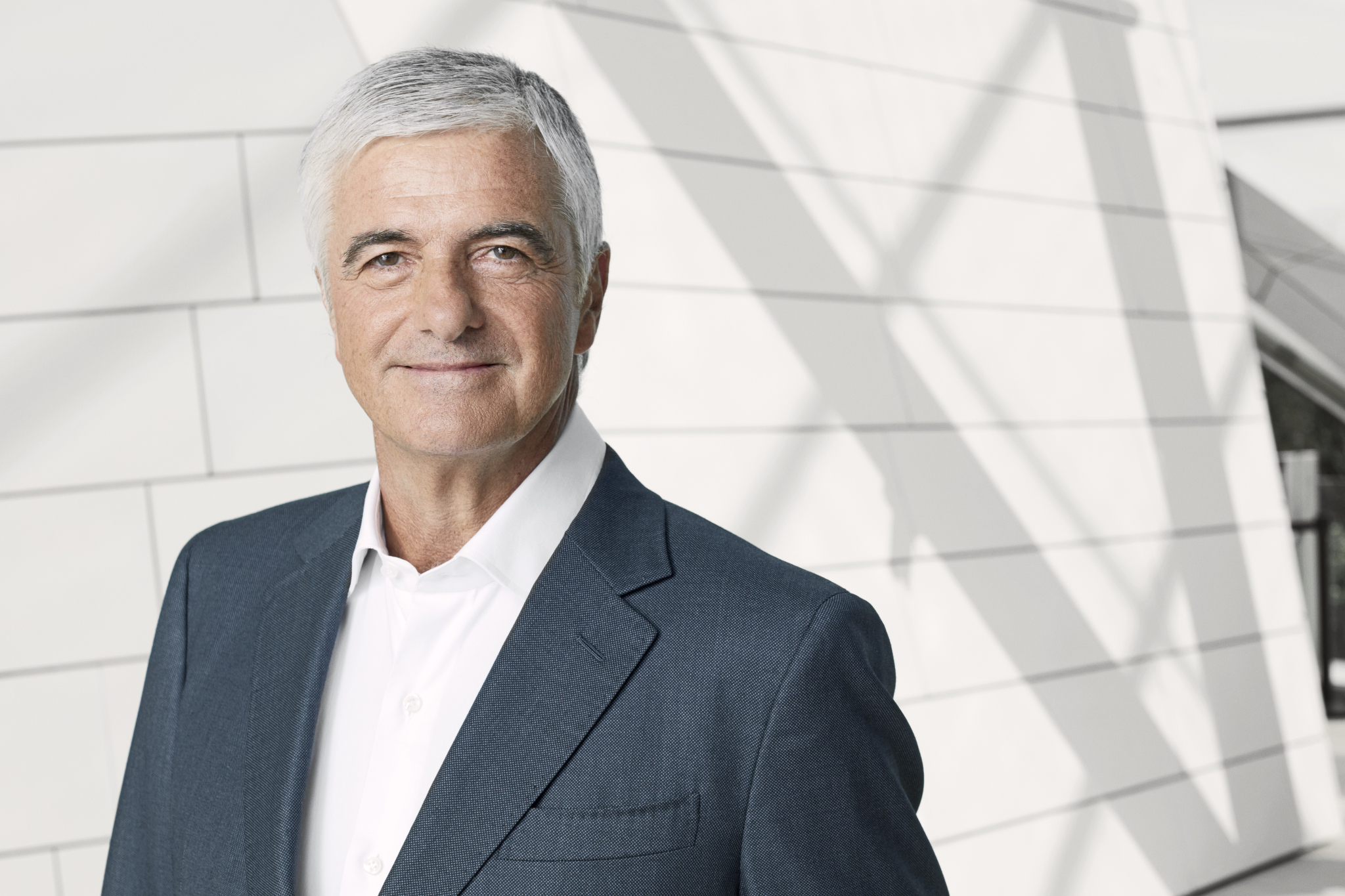 Meanwhile, the new organizational structure — centered on omnichannel and data — will be charged with “making sure that each brand will have a high-quality, state-of-the-art omnichannel approach,” Belloni said.

He noted that physical stores remain “at the core of our distribution system” alongside each brand having a digital side, including direct-to-consumer touch points and an “infrastructure of remote customer service of high quality.”

Another mission of David’s will be to leverage data, aggregating it and employing artificial intelligence “so that we can delight the customers even more with more personalized curation and service,” Belloni said, while highlighting the importance of client confidentiality.

“Converging to a common technological framework and solutions” is yet another mission. “And there will be a push for innovation where the central organization, which we are calling omnichannel, will continue to work with key maisons to explore projects for smarter clienteling, a hybrid form of commerce, and we’re talking about the use of data for faster, last-mile delivery,” he added.

While Rogers was the public face of its digital ambitions, Belloni said LVMH now has about 50 people in digital working at the group level, another 50 or more within the group level’s “technical infrastructure” and about 600 more at the brands.

“In the end, we want the central group to act as a catalyst, but the maisons need to have their own solutions,” he said.

The goal is to “make sure that we bring the level of desirability and differentiation of our maisons in the virtual world to the same level to what we have built for decades and decades in the physical world. The word ominichannel is not casual — we really believe the two things go together,” Belloni stressed.

Rogers revealed his exit from LVMH in a blog post and podcast Monday morning, noting he will become chief experience officer at Ledger, which protects digital assets such as cryptocurrency.

He is to oversee the “b-to-c business at Ledger including product, marketing and sales. Our job is to make sure Ledger products are not only secure but also easy to use. We also want to educate and help raise the tide to float all boats in the cryptocurrency movement.”

Founded in 2014, Ledger set out to create “secure solutions for blockchain applications” and now has more than 130 employees in Paris, Vierzon, France and San Francisco, according to its web site. It has sold more than 1.5 million digital wallets for cryptocurrencies.

An exuberant executive known to arrive at business meetings on a skateboard wearing the latest hard-to-get Vetements sweatshirt, Rogers joined LVMH in September 2015 from Apple, where he briefly headed up the launch of Apple Music. His mission was to explore new opportunities for the luxury giant in the digital sphere.

Before Apple Music, he was ceo of Beats Music, a maker of high-end headphones, and ceo of Topspin Media. Prior to that, he founded Mediacode, which was purchased by Yahoo, where he became vice president and general manager of music. Rogers has also served as a web master for Nullsoft and Beastie Boys.

Recapping his accomplishments in his blog post, Rogers said the “luxury business itself hasn’t changed, but the ways we create awareness and sell are changing dramatically, so at LVMH we have made many adaptations.”

“When I joined LVMH, there was disagreement on strategies regarding online distribution which have since been rationalized, agreed upon, and are being executed. We have started to build a practice around data and artificial intelligence, which I believe will drive customer satisfaction, reduce waste and drive sales in the coming years,” he added.

LVMH has grown e-commerce to account for about 15 percent of revenues, with selective distribution and perfumes and cosmetics division more than 20 percent, according to Belloni.

Under the new digital organization, David and Le Moal report to Belloni; the digital team and the customer care organization to David; Olivier Le Garlantezec and the partnerships team to Le Moal. Wendy Chan, head of digital in Asia-Pacific, will add local media oversight to her scope and report to David, LVMH noted.