TOKYO (Reuters) – Japan’s factory output rose more than expected in January, providing some relief for policymakers amid heightened risks of a recession as the coronavirus outbreak in China disrupts supply chains and business activity. 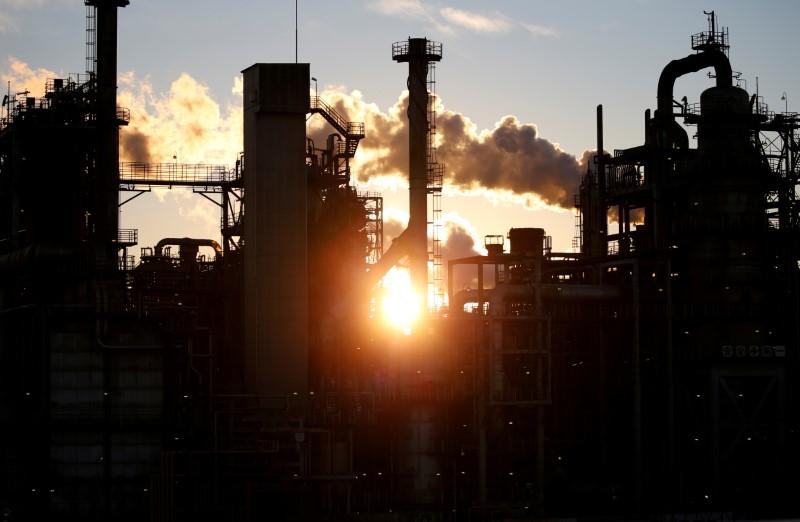 The world’s third-largest economy shrank at the fastest pace in almost six years in the December quarter as a nationwide tax hike hurt business and consumer spending and soft overseas demand hit exports.

Official data on Friday showed factory output rose 0.8% in January from the previous month, a faster expansion than the 0.2% gain in a Reuters forecast, and following a downwardly revised 1.2% rise in the previous month.

That offers some good news as policymakers face pressure to boost growth to offset the fallout from the coronavirus, which has disrupted economic activity in China.

Manufacturers across Japan rely heavily on customers in China, the world’s second-biggest economy, to buy their products, especially the parts and equipments that are supplied to China’s factory floor.

“Output activity (in Japan) will likely slow down until the spread of infection is over,” said Takeshi Minami, chief economist at Norinchukin Research Institute.

“Although production in China has restarted following the Lunar New Year, it will take time for output ratios to recover.”

If infections can be contained, output should start picking up in April, said Minami. Under a worst-case scenario, that may not happen until summer.

A spokesperson from Japan Display Inc (6740.T) told Reuters while its main local panel plants were operating normally, the virus had affected some operations in China due to shortages of components and workers.

At Sharp Corp (6753.T), operating rates at panel-related plants in China have also been lowered by component and worker shortages, as well as disruptions to distribution networks, said a spokesman.

Manufacturers surveyed by the Ministry of Economy, Trade and Industry expect output to gain 5.3% in February and slump 6.9% in March. The February forecast was based on companies’ plans for the month as of Feb. 10, which means any output cuts due to the coronavirus after that date are not included in the forecast.

Production was lifted by a sharp increase in autos and other transport equipment, which offset a decrease in production machinery.

Inventories rose at their fastest pace in since March 2018, up 1.5% in January from the previous month, boosted by autos and production machinery.

While the better-than-expected output eased some policymaker concerns, job market data on Friday was less positive.

Retail sales also dropped 0.4% in January, at a slower pace than expected by analysts.

Friday’s data follows a string of weak indicators in recent weeks, including manufacturing and service sector activity gauges that showed the coronavirus outbreak has taken a toll on the economy.

The seasonally adjusted unemployment rate rose to 2.4% in January from 2.2% in December, and the jobs-to-applicants ratio fell to 1.49 in January from 1.57 in the previous month, government data showed, although that was partly ascribed to a change in survey methodology.

“The rise in the unemployment rate coupled with a sharp fall in the job-to-applicant ratio last month suggests that the economic fallout from the sales tax hike has started to curb firms’ demand for workers,” Tom Learmouth, Japan economist at Capital Economics, said in a note.