MILAN — “Understand your power not as individuals but together, and organized. This is critical to make changes.”

So says Jane Fonda, interviewed by actress, writer and award-winning radio host Jameela Jamil in Pomellato’s first podcast, urging women to take action. The Italian jewelry brand has once again joined forces with Fonda on a “Pomellato for Women” video to be aired on International Women’s Day on March 8. The complete interview will be broadcast as part of Kering’s “Women in Motion” series.

Fonda is returning as a contributor to the Pomellato for Women video for the fourth year in a row, and Sabina Belli, chief executive officer of the brand, said that, each year, Pomellato “adds a different brick to the building,” highlighting issues affecting women and that “can no longer be tolerated,” continuing to spread the message of female empowerment while expanding its reach to a number of diverse communities, promoting inclusivity, environmentalism and equality.

“Activism made my life, my first 30 years were hedonist, with not much purpose,” admitted the Academy Award winner, who was the first recipient of the Women in Motion Award and was just bestowed the Cecil B. DeMille award for lifetime achievement at the Golden Globes. “People need meaning in their lives. Activism is joyful.” Fonda is also one of the original Pomellato for Women ambassadors. Belli, who joined the Milan-based company in 2015, spearheaded and launched the project in 2017 and has been vocal ever since about supporting it.

Pomellato for Women highlights issues “that are really close to our heart and that unfortunately have not been solved yet, and we continue in our efforts to give voice and visibility through our own platforms and social media if it can help,” said Belli.

The executive underscored the power of words and of “freeing words, authorizing women to share.” The #MeToo movement has surely contributed to do so, she noted. “It has helped women gain awareness that there is no shame in speaking up, nor should they fear being judged and that no means no [in unwanted sexual approaches].”

Like a Pandora’s box, other issues have emerged in time, expanding from show business and including domestic violence, for example, which is not only physical but also psychological and economic — and Pomellato has in the past also donated to this cause.

“Inclusivity has been increasingly important, as the need to completely eliminate body-shaming, and discrimination based on race or sexual preference,” said Belli. Most recently, the “ultimate taboo” has been approached, speaking up about incest, and sexual violence in infancy.

“Talking about these horrendous wounds” can help, because “if you let them bleed, they won’t heal and you can’t move on. We would like to communicate that it’s possible to repair and heal the wounds, which are symbols of the fight and the pain. If you don’t heal the pain, it stays with you,” said Belli.

She cited Fonda, who talked about healing the wounds, a process that can be symbolized by the storied Japanese art of kintsugi. The art has been employed for Pomellato’s first capsule collection launched in January, a step into luxurious recycling.

Pomellato upcycled damaged gemstones, such as jet and kogolong, which rather than being discarded, were repurposed into one-of-a-kind jewels. Fonda in the video wears a ring and earrings from the capsule, comparing the shiny gold fissure in her kintsugi gemstone ring to the ability to heal and become stronger for it. “The idea of resilience and giving new life to something that could have been discarded as ‘damaged’ becomes a metaphor for the perseverance of women and underlines the power of showing our scars,” said Belli. “Fonda has been open about her own traumas overcome and wears them today like a bold gem of honor.” 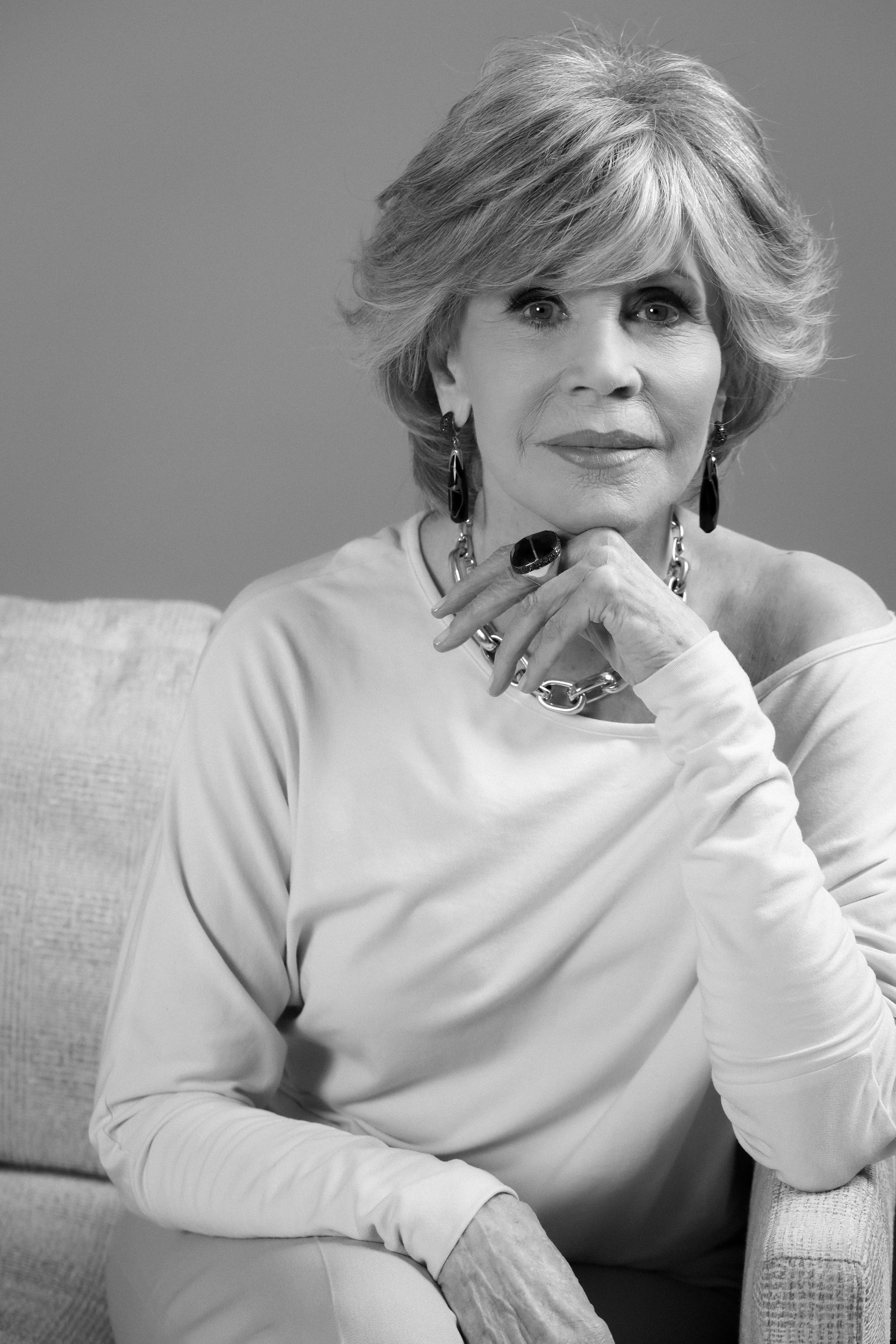 Jane Fonda in the “Pomellato for Women” 2021 video. courtesy image

Kering launched the Women in Motion project in 2015, which highlights, through its talks and its awards, talented women whose work in the fields of arts and culture is helping to transform our vision of the world. In 2019, as part of the platform, Kering launched the “Women in Motion” podcast with the goal of amplifying the voices of women while advocating for gender equality in all cultural fields.

Pomellato was founded by Pino Rabolini in 1967 and is now controlled by Kering.