The New York Post has complained that Facebook is blocking and downplaying its stories. But the platform doesn’t pay any special deference to journalists. 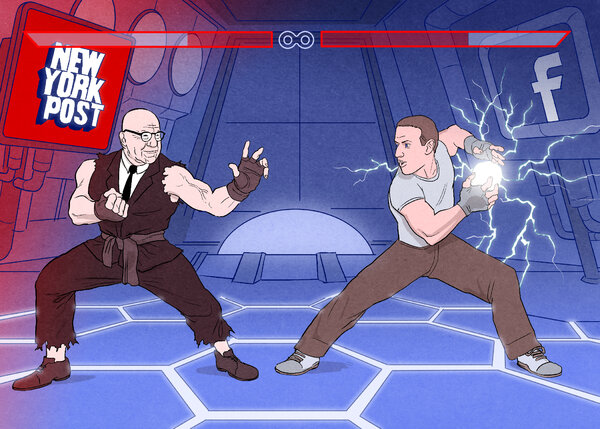 On Wednesday, I learned a new way to get a news article erased from much of the internet.

If the article shows your home or apartment, says what city you’re in and you don’t like it, you can complain to Facebook. Facebook will then ensure that nobody can share the article on its giant platform and, as a bonus, block you from sending it to anyone in Facebook Messenger.

I learned this rule from a cheerfully intense senior Facebook lawyer. The lawyer, who was supplied by Facebook’s public relations department on the condition she could speak only anonymously to discuss a specific case, was trying to explain why the service had expunged a meanspirited New York Post article about a Black Lives Matter activist’s real estate purchases.

“The policy is superclear!” the lawyer told me over a Zoom call from her bright home office. But, she added, “I totally get why it sounds kind of crazy in this case.”

The policy sounds crazy because it could apply to dozens, if not hundreds, of news articles every day — indeed, to a staple of reporting for generations that has included Michael Bloomberg’s expansion of his townhouse in 2009 and the comings and goings of the Hamptons elites. Alex Rodriguez doesn’t like a story that includes a photo of him and his former fiancée, Jennifer Lopez, smiling in front of his house? Delete it. Donald Trump is annoyed about a story that includes a photo of him outside his suite at Mar-a-Lago? Gone. Facebook’s hands, the lawyer told me, are tied by its own policies.

Presumably, the only reason this doesn’t happen constantly is because nobody knows about the policy. But now you do!

I learned about this policy while trying to understand a rarely discussed front in Facebook’s rolling standoff with journalism: In cases of difficult news judgment, who decides what counts as news? Will Facebook defer to publishers’ decisions on, for instance, which celebrity’s home purchase is worth covering? Or will Facebook delete a publisher’s link just as quickly as it deletes an individual’s post that it has decided violated its rules?