The early success of the deal vindicated the president’s faith in bipartisanship. If he can keep it on track, it will help affirm the rationale for his presidency. 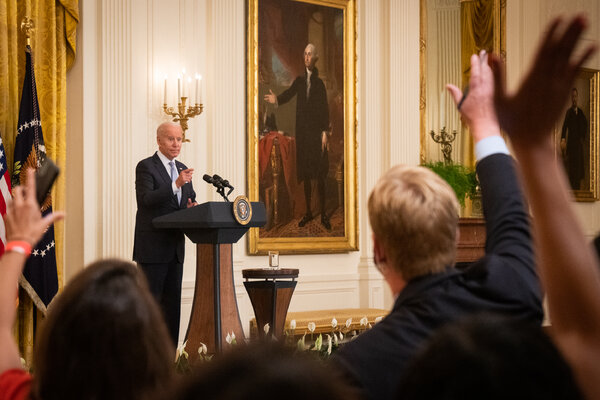 WASHINGTON — President Biden’s success at propelling an infrastructure deal past its first major hurdle this week was a vindication of his faith in bipartisanship and a repudiation of the slash-and-burn politics of his immediate predecessor, President Donald J. Trump, who tried and failed to block it.

Having campaigned as the anti-Trump — an insider who regarded compromise as a virtue, rather than a missed opportunity to crush a rival — Mr. Biden has held up the promise of a broad infrastructure accord not just as a policy priority but as a test of the fundamental rationale for his presidency.

His success or failure at keeping the bill on track will go a long way to determining his legacy, and it could be the president’s best chance to deliver on his bet that he can unite lawmakers across the political aisle to solve big problems, even at a time of intense polarization.

“President Biden ran on the message that we need to bring people together to meet the challenges facing our country and deliver results for working families,” Mike Donilon, a senior adviser to the president, wrote in a memo the White House released on Thursday, as senior officials crowed about the significance of the accord. “And the American people embraced that message. While a lot of pundits have doubted bipartisanship was even possible, the American people have been very clear it is what they want.”

That may be the case, but the vote on Wednesday that paved the way for the Senate to consider the bipartisan infrastructure plan was no guarantee that the effort would succeed. The measure still has several hurdles to clear, including anger from progressives in the House who are upset at the concessions Mr. Biden made to court Republicans, and skepticism from G.O.P. lawmakers who could still balk at a bill Mr. Trump has repeatedly panned.

For now, though, Mr. Biden has managed to do what Mr. Trump repeatedly promised but never could pull off: move forward on a big-spending, bipartisan deal to rebuild American roads, bridges, water pipes and more. He did so with the support of 17 Republicans during a week marked by bitter partisan disputes in Congress over mask-wearing and the Jan. 6 attack on the Capitol.

Mr. Biden had pursued centrist Republicans and Democrats for months in hopes of forging an agreement to lift federal spending on roads, bridges, water pipes, broadband internet and other physical infrastructure. In recent weeks, aides said, he requested multiple daily briefings on negotiations, personally directed administration strategy on policy trade-offs and frequently phoned moderates from both parties to keep the pressure on for a final deal.