Ghosted by their employers, members of the profession are facing “a full-blown humanitarian crisis — a Depression-level situation.”

“There are a lot of people who don’t want to disinfect their own homes,” Maria Del Carmen says, “so they call a housekeeper.”Credit…Hannah Yoon for The New York Times

The scariest day of Maria Del Carmen’s life started with a phone call that initially cheered her up.

A native of Mexico, she has spent the last 24 years as a housekeeper in Philadelphia and had a dozen regular clients before the pandemic began. By April, she had three. Food banks became essential to feeding herself and her three children. To earn extra money, she started selling face masks stitched on her sewing machine.

So in mid-August, when a once-regular client — a pair of professors from the University of Pennsylvania and their children — asked her to come and clean, she was delighted. No one was home when she arrived, which seemed like a wise precaution, given social distancing guidelines. What struck her as odd were the three bottles of Lysol on the dining room table. She had a routine at every home, and it had never involved disinfectant.

Ms. Del Carmen started scrubbing, doing laundry and ironing. After a few hours, she stepped outside to throw away some garbage. A neighbor spotted her and all but shrieked: “Maria, what are you doing here?!” The professors and their children, the neighbor said, had all contracted the coronavirus.

“I was terrified,” Ms. Del Carmen recalled. “I started crying. Then I went home, took off all of my clothing, showered, got in bed, and for the next night and the next day, I waited for the coronavirus.”

She never got sick, but she still is livid. At 58 and, by her account, overweight, she considers herself at high risk. That is why she never took off her mask while cleaning that day — diligence she thinks might have saved her life.

“There are a lot of people who don’t want to disinfect their own homes,” she said, “so they call a housekeeper.”

The pandemic has had devastating consequences for a wide variety of occupations, but housekeepers have been among the hardest hit. Seventy-two percent of them reported that they had lost all of their clients by the first week of April, according to a survey by the National Domestic Workers Alliance. The fortunate had employers who continued to pay them. The unlucky called or texted their employers and heard nothing back. They weren’t laid off so much as ghosted, en masse.

Since July, hours have started picking up, though far short of pre-pandemic levels, and often for lower wages.

“We plateaued at about 40 percent employment in our surveys of members,” said Ai-jen Poo, executive director of the alliance. “And because most of these people are undocumented, they have not received any kind of government relief. We’re talking about a full-blown humanitarian crisis, a Depression-level situation for this work force.” 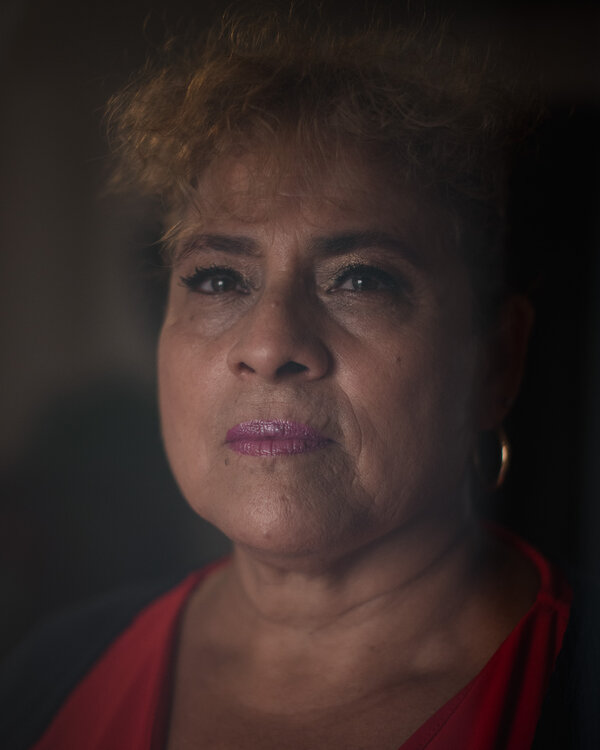 The ordeal of housekeepers is a case study in the wildly unequal ways that the pandemic has inflicted suffering. Their pay dwindled, in many cases, because employers left for vacation homes or because those employers could work from home and didn’t want visitors. Few housekeepers have much in the way of savings, let alone shares of stock, which means they are scrabbling for dollars as the wealthiest of their clients are prospering courtesy of the recent bull market.

In a dozen interviews, housekeepers in a handful of cities across the country described their feelings of fear and desperation over the last six months. A few said the pain had been alleviated by acts of generosity, mostly advances for future work. Far more said they were suspended, or perhaps fired, without so much as a conversation.