Fashion and video games have been closely linked for some years now, though the sudden spotlight has alerted fashion to the possibilities at play.

For starters, video games aren’t as niche as some may think.

The most popular games — like multiplayer battle arena games League of Legends and Fortnite, first-person favorites Overwatch and Call of Duty, fighting games Super Smash Bros. and Street Fighter, plus sports franchises like NBA 2K, Madden and Fifa — have amassed communities of players and spectators in the millions. There are game players reaching celebrity status within their world and they stream their gameplay on platforms like Twitch and YouTube for a slew of fans to soak up. These players have become content creators in their own right.

The opportunities for visibility within gaming are ballooning.

According to The NPD Group report “2020 Evolution of Entertainment” in November 2020, four of every five U.S. consumers surveyed said they had played a video game in the past six months. Total time spent playing video games increased 26 percent year-over-year and total spend increased 33 percent. And players are spanning all age groups — this isn’t just about the youth cohort. According to the report, the dollar spend for gamers between the ages of 45 and 54 increased by 76 percent year-over-year, for those between ages 55 to 64, spend climbed 73 percent.

The 2021 Oscars: See All the Red Carpet Fashion Looks

According to Statista, Americans spent $43 billion on video games in 2018, of which $35.8 billion went to the games themselves, $5.1 billion was spent for consoles and $2.4 billion on accessories like controllers and headsets. NPD’s report “Q4 2020 Games Market Dynamics: US” found total consumer spend on video games increased 26 percent from fourth quarter in 2019 to $18.6 billion by the fourth quarter of 2020. For the full-year consumer spend across all categories in the U.S. games industry increased 27 percent from 2019 to $57 billion in 2020.

Those numbers are only expected to grow as gamers keep doing what they’re doing.

Content creators like Swedish YouTuber PewDiePie and Ninja on Twitch each have millions of devoted fans tuning in to watch them play and compete in a variety of games. Some viewing fans even send tips for support or simply to create a connection with the players they love to watch.

PewDiePie, whose real name is Felix Arvid Ulf Kjellberg, has 109 million subscribers on YouTube, and Ninja, or Richard Tyler Blevins, has 16.7 million followers on Twitch, with which he has entered into a multiyear exclusive streaming rights deal. Ninja also has a sponsorship deal with Adidas, making him the company’s first pro gamer.

Competitive gaming boomed with fighting game tournaments like Evolution Championship Series, or Evo (now co-owned by Sony and RTS), where players like Daigo and Justin Wong rose to fame, and esports leagues formed around games like League of Legends, Overwatch, Call of Duty, Fortnite, to name a few.

League of Legends pulled in 3.8 million viewers for its 2020 Championship, down slightly from 3.9 million in 2019, but clocked in 139 million hours of viewership, which is up 2 million hours from 2019.

One subset of gamers devote their time to speed runs, or a race to finish a game as fast as possible, with hundreds assembling twice a year for Games Done Quick, a game-a-thon type event where speed runners exhibit their skills to raise money for charity and at times set new personal best and world records. Awesome Games Done Quick 2021 in January raised $2.75 million for the Prevent Cancer Foundation, and to date has raised $31 million for charity.

Long before Louis Vuitton teamed with League of Legends on a trophy case, capsule collection and skins for the game’s champions, and before esports organizations FaZe Clan and 100 Thieves won big on their merchandise drops, or fashion designers made cameos in NBA 2K, there was a sizable gaming community that was interested in fashion.

Players like Crossing the Runway, @NookStreetMarket and @AnimalCrossingFashionArchive among others took to Nintendo social simulation game Animal Crossing to remake runway ensembles for years prior to brands like Valentino, Marc Jacobs and Anna Sui collaborating with the artists.

Before brands took part in Animal Crossing en masse, H&M and Moschino participated in gaming with special-edition versions of The Sims featuring their collections. Game developers nodded to different brands in their games as well, like EA Sports’ NBA Live series in the early Aughts unofficially adding brands like Nike, Jordan, Adidas, Converse, Reebok and And1, and Capcom’s Street Fighter Alpha series that featured Nike, Converse and Onitsuka Tiger, the latter of which became an official collaboration between the footwear brand and the game developer for Street Fighter V. 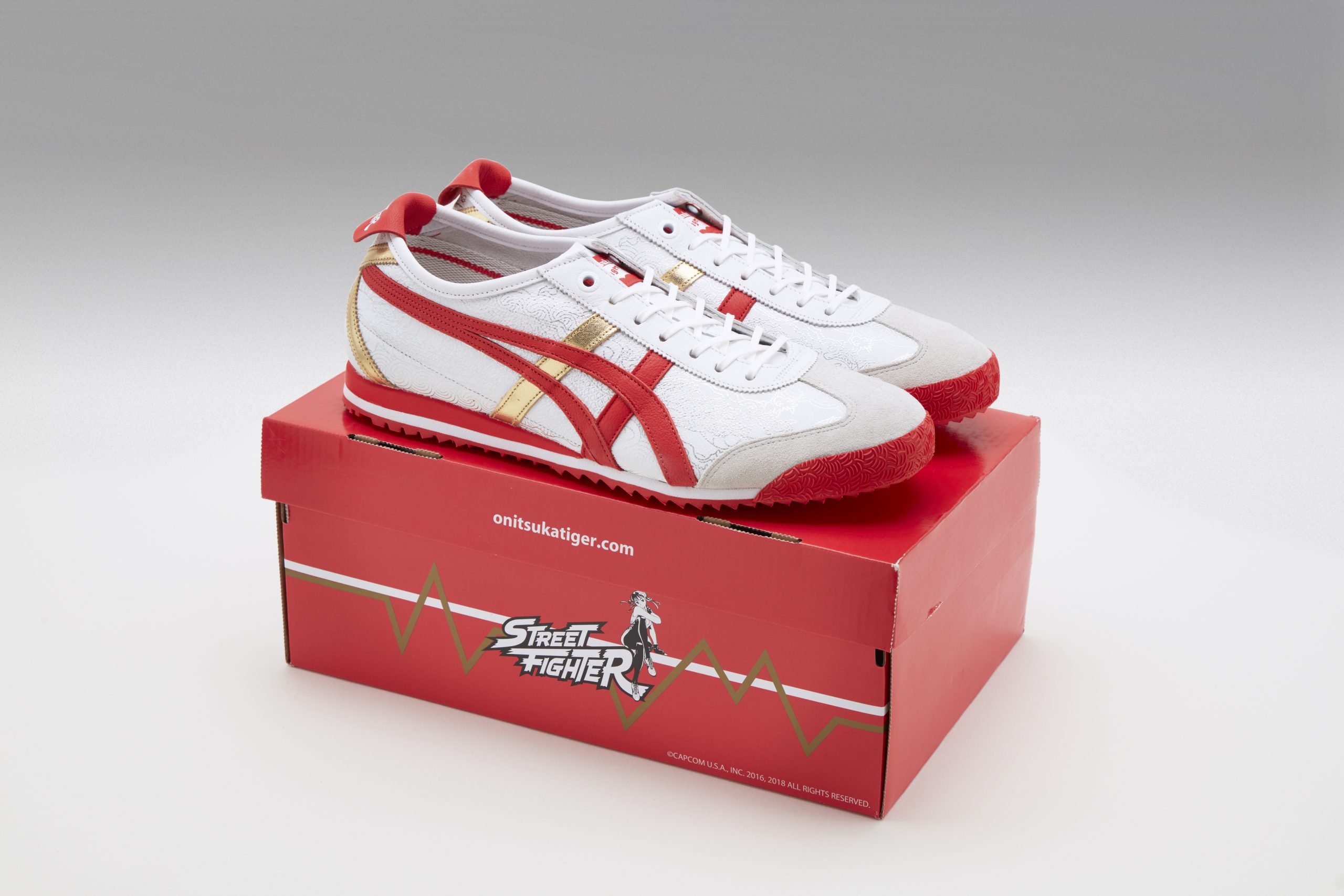 So why in 2021 are more fashion players suddenly paying attention to gaming?

“I think brands are attracted to those numbers,” said Henry Fernandez, director of business evolution at Muh-Tay-Zik. Fernandez has worked with many fashion brands and publications such as Nautica, Liz Claiborne, John Varvatos and Vanity Fair. Muh-Tay-Zik also works with developer Niantic on Pokemon Go, which teamed with Gucci and The North Face to debut the brands’ collaboration collection.

To pull these partnerships off, Fernandez says it’s necessary for brands to do so authentically, which he compared to when streetwear brands in the Aughts slowly became skate brands when skate wasn’t in their roots. “If you weren’t a real skate brand, you were a poser,” Fernandez said. “The industry was judging itself. It’s very similar in that sense. If you jump on trends, how do you refine it and make it authentic?”

Fernandez cited esports organization FaZe Clan as “one of the brands in esports that are doing it the best,” having collaborated on physical collections with Kappa, the brand formerly known as Chinatown Market, as well as Champion. Their pop-up with Stadium Goods in 2019 was a frenzy shut down by police, which is a testament to the organization’s rabid fanbase. Twitch streamer, YouTuber and FaZe Clan member Nickmercs recently released a collection with esports performance athleisure brand H4X, (pronounced hacks) and that sold 23,000 items in less than 24 hours.

“This new way to adapt design to this world physically and digitally is bringing freshness to fashion,” Fernandez added. “I think gamers and esports fans are reviving the love and appreciation for fashion that the industry has been missing.”

On one hand, there is the merchandise opportunity that every organization has capitalized on and gaming franchises have capitalized on for decades as well.

In 2020, Sony released Playstation merchandise and sneakers with Nike, the NBA, music artist Travis Scott and Zara to lead into the launch of the Playstation 5 console. Game Cyberpunk 2077 collaborated with Hiroshi Fujiwara’s brand Fragment Design through Hypebeast and Nintendo dropped a collection for Animal Crossing with Gelato Pique, with one more coming in June, on top of collaborations with Uniqlo for Pokemon and Champion for Super Mario Bros. Street Fighter teamed with Bape on a capsule and with Onitsuka Tiger on sneakers that could be downloaded in Street Fighter V or to be worn in real life.

Fashion officially infiltrated the video game space through The Sims, Jordan Brand in Fortnite, and in NBA 2K where Fear of God’s Jerry Lorenzo, Don C, Chris Gibbs of Union L.A. and Rhude’s Rhuigi Villaseñor made appearances as playable characters with their clothes.

“We aren’t just delivering a game, but an experience that immerses our fans into the world of the NBA and beyond,” said Alfie Brody, vice president of global marketing, NBA 2K. “Music and fashion are two of the biggest standouts to achieve this, playing a big role both on and off the court.”

Brody said he sees NBA 2K as a way to launch new brands, artists and sneaker releases to new audiences.

“It’s also important to note that there’s no ‘one and done’ when it comes to partnerships,” he said. “We are always looking at the latest trends, listening to our fans, staying close to what’s going on in the world of basketball and sports more generally to evaluate what kind of content we can add to the game.”

Grand Theft Auto V introduced Misbhv and Civilist as the first two real clothing brands to appear in a GTA game which, for years, have parodied brands. 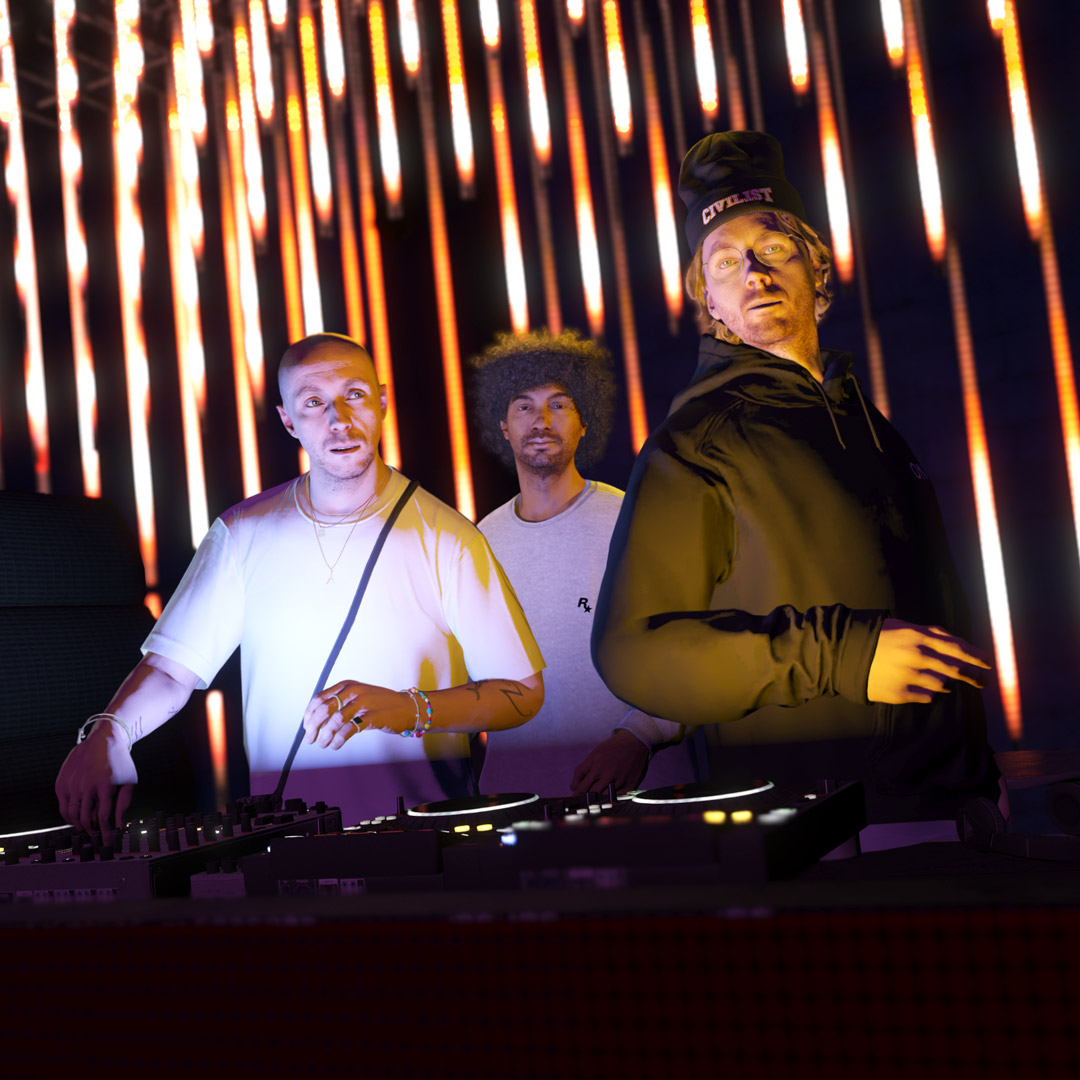 In esports, Mastercard made its presence known signing a multiyear sponsorship deal with Riot Games for League of Legends, and Louis Vuitton followed suit with a multitiered partnership with the game.

When traditional sports were halted, ESPN turned to NBA 2K for some of its programming, featuring NBA players with esports athletes. In 2018, the network, along with Disney and ABC, began streaming the Overwatch League competition.

The athlete kit is another opportunity as seen with Jeff Staple designing the Overwatch League kit in 2020 and recently Zenni becoming the official eyewear provider for Call of Duty League for the company’s Blokz blue-light lenses that reduce eyestrain and improve performance.

“We’re in a unique category that’s getting more competitive, but we’re trying to introduce this concept of fashion offering function,” said Sean Pate, Zenni’s brand marketing and communications officer. “Blue-light protection has been around for a number of years and hasn’t been taken in by esports. What Zenni offers is clear lenses that offer as good protection in a Zenni frame.”

“We don’t just want to work with any brand or company, but ones that make sense for our identity,” Jack Harari, vice president of global partnerships at Activision Blizzard Esports, added. “We don’t see a reason why Blockz can’t blur the lines between endemic and nonendemic in the same way a shooting sleeve is function and fashion in basketball, there is no reason Blockz can’t be for our league and our fanbase.”

As the gaming segment continues to grow in viewership and participation, new lanes will be created for all brands to participate in, as long as they’re prepared to evolve accordingly. And authentically.

“We evolve every decade — print was prevalent 30 years ago and it went from that to digital,” said Muh-Tay-Zik’s Fernandez. “Gaming is just another form of digital. Social media is one and now gaming. Where I see the opportunity going is offline opportunities. I do think live events are going to be more curated, much more elevated and adding more to the gaming space.”