DETROIT (Reuters) – Former United Auto Workers (UAW) President Gary Jones was charged on Thursday with embezzling more than $1 million of union funds amid a U.S. corruption probe that has raised the specter of a federal government takeover of the union. 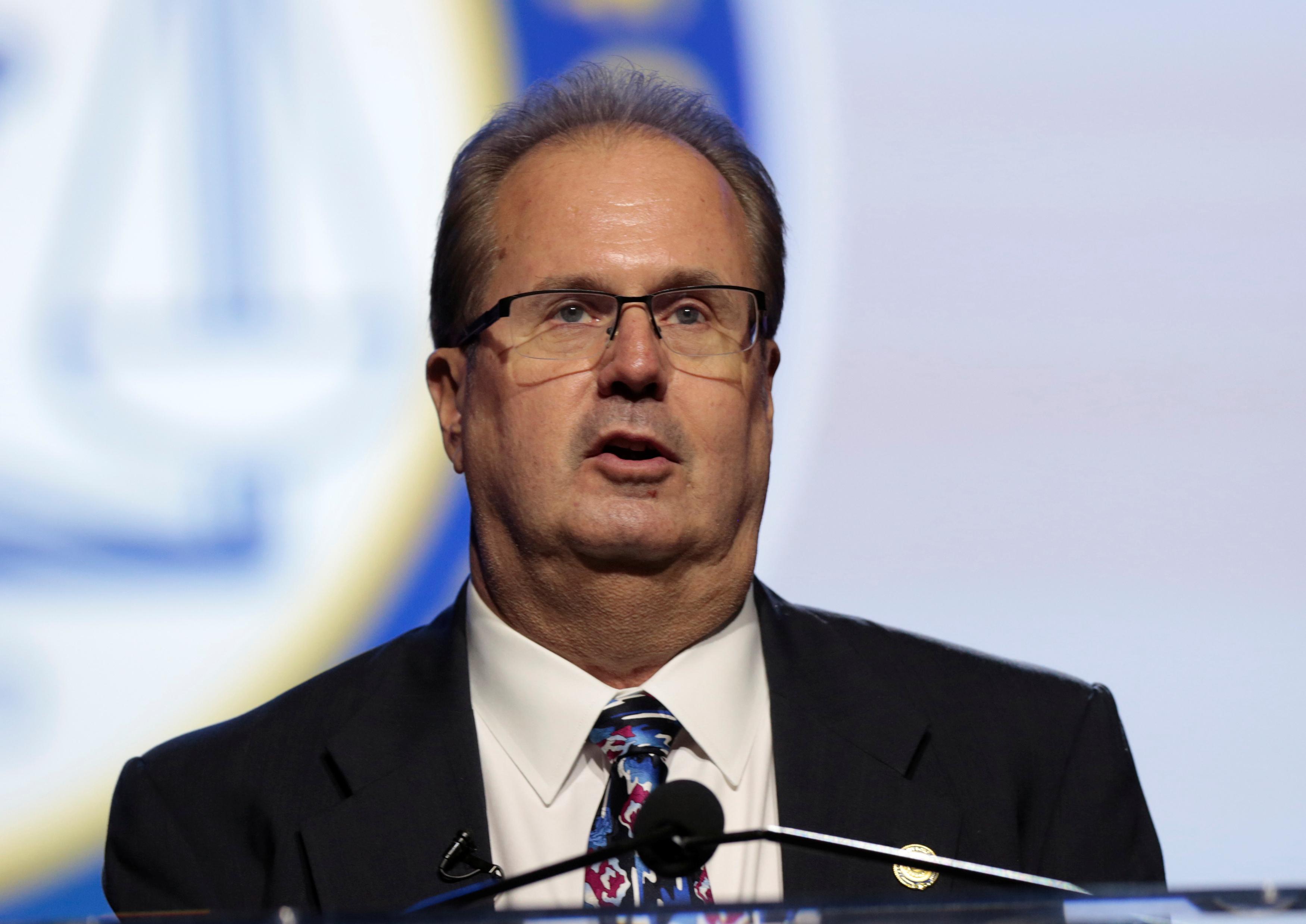 Jones, 62, of Canton, Michigan, was charged in an information, a court document typically used when the government has reached a plea deal with a defendant. J. Bruce Maffeo, a lawyer for Jones, declined to comment. The documents were filed previously and unsealed on Thursday.

The UAW said in a statement that members should be angry at Jones, calling the actions he was charged with “a violation of trust.”

Matthew Schneider, the U.S. Attorney for the Eastern District of Michigan, said federal officials would continue to investigate any corruption allegations, and a takeover of the union remained an option.

“We are not done,” he said at a press conference. “That’s one of the options… whether or not federal government oversight of the UAW is necessary.”

The charging of Jones and other senior UAW leaders has shaken the union and led General Motors Co (GM.N) to file a racketeering lawsuit against its smaller rival, Fiat Chrysler Automobiles NV (FCHA.MI) (FCAU.N). FCA has brushed off the lawsuit as groundless.

Jones resigned his post and UAW membership in November after the union removed him from office, as U.S. prosecutors widened a criminal investigation of illegal payoffs in which at least 13 people have pleaded guilty.

Jones, a certified public accountant, was charged with conspiracy to embezzle funds from the UAW from 2010 through September 2019, and with conspiracy to defraud the United States by failing to pay taxes on the money prosecutors charge he stole. He faces a maximum of five years in prison and a fine of up to $250,000.

Jones was implicated in the corruption case in September when his former deputy was arrested on embezzlement charges.

The revelations stemming from that arrest included lavish spending on entertainment by labor leaders – such as buying $440 bottles of champagne and hiring scantily clad women to light union leaders’ cigars.

In the scandal’s wake, the UAW has announced ethics reforms and changes to its financial procedures.

Rory Gamble, who was appointed president following Jones’ fall from grace, has promised to clean up the union and avoid a possible U.S. government takeover. But Schneider said Thursday he wants additional cooperation from the UAW.

In 1988, the U.S. Justice Department sued to force out senior leaders at the International Brotherhood of Teamsters union and appointed a trustee because of the union’s connection to organized crime. The government oversaw the union from March 1989 until 2015, and five-year transition period followed.