ISTANBUL (Reuters) – Huseyin Goksoy, a tailor who was so stressed about going hungry during the worst of the COVID-19 pandemic that he was briefly bedridden with a hernia, is increasingly worried about his future as Turkey strains to curb poverty. 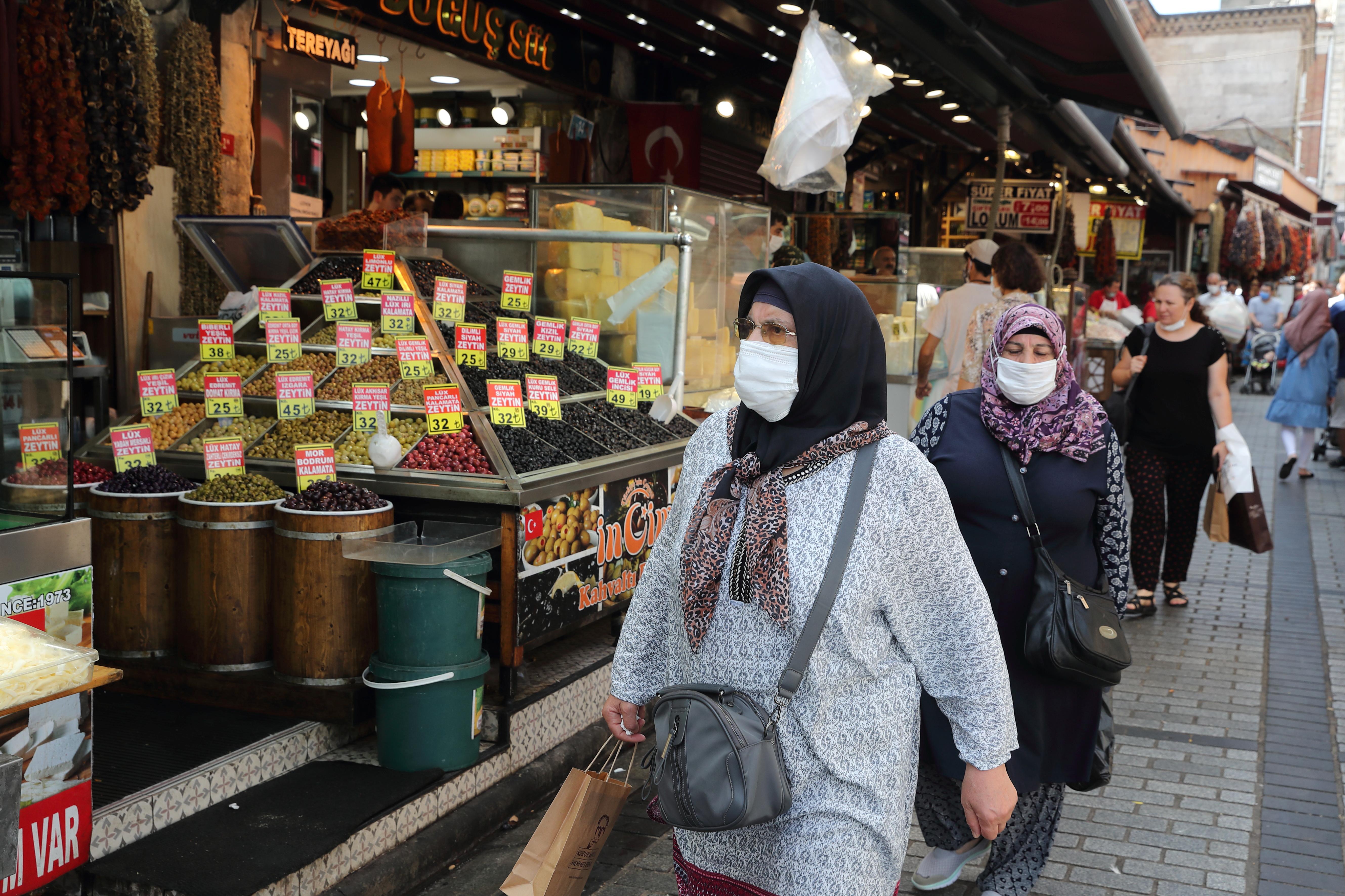 He is not alone.

Though a two-month lockdown ended in June, about four million Turks still rely on state aid to get by, while even more informal workers missed out on most of the financial support.

Polls and academic research paint a grim picture ahead of the day when President Tayyip Erdogan’s government is expected to lift a temporary ban on layoffs, possibly as soon as November.

Goksoy, 48, makes face masks to help cover losses from earlier this year when he could not get a subsidized small-business loan because there was no guarantor in his conservative neighborhood in central Istanbul.

Data and polls show that fear and disillusionment like this are unprecedented across the labor market. Those hardest hit are the same Turks who benefited from years of Erdogan’s welfare policies that helped to sharply reduce income inequalities.

One study by Turkish economists Ayse Aylin Bayar, Oner Guncavdi and Haluk Levent predicts the number of impoverished Turks could double this year to nearly 20 million, and set back by two decades progress in narrowing inequality.

That would effectively wipe out the successes of Erdogan’s Islamist-rooted AK Party (AKP) and could test his staunchest voter base at the next general election set for 2023.

Goksoy – whose shop is near the president’s childhood home – said he still supported AKP though he would change his mind if he thought the party was no longer honest.

Erdogan said on Monday the economy would emerge stronger from the pandemic even though its effects linger, adding that the government’s 100 billion lira ($13 billion) aid program helped lower-income households.

Representatives of the presidency and the finance ministry, which administers the aid, did not immediately respond to questions about rising poverty.

The aid scheme partially covers wages of many registered workers and funded some 2 million needy households. Big cities run by the main opposition party chipped in other funds and food supplies.

But Turkey’s mix of low-skilled labor in which a third of workers informally earn cash daily, a private sector dominated by small businesses and public finances already strained from a 2018-2019 recession leaves the country uniquely vulnerable.

Reserves at the central bank, which backstopped much of the pandemic response, have fallen sharply and accelerated a plunge in the Turkish lira to all-time lows. That in turn raises prices for basic imported goods.

By law, Erdogan can extend the ban on layoffs beyond November to mid-2021 to shield workers, but at a fiscal cost.

“These are not sustainable policies,” said Guncavdi, an economist at Istanbul Technical University who co-authored the study predicting a jump in poverty.

“When they are removed, there is potential for upheaval with mass layoffs, a spike in destitution, family structures being tested and potential demonizing of minorities and refugees.”

Turkey’s 3.6 million Syrian refugees faced backlash in past downturns, and those left unemployed this year had little safety net.

Retired florist Kemal Erdogan, 76, said this week he supports AKP but added that with the poor now getting poorer it was clear Turkey welcomed too many foreigners who are “living better lives than you and I”.

An unprecedented collapse in employment endured after the lockdown was lifted in June and July, driven by workers not formally on payrolls, government data showed on Thursday.

A record 1.4 million were too discouraged to search for work, up nearly threefold from a year ago. Of those who had jobs last month, nearly half were “very afraid” of losing them by winter, a poll by Istanbul Economics Research found.

Can Selcuki, general manager of the consultancy, said that likely reflects workers’ suspicion that they will be laid off “the minute” the layoff ban is lifted. He added that support for Erdogan’s ruling alliance dipped to 44% in a poll this month, from 46% in August after a summer bounce.

Turkey, like several other countries, banned layoffs in April when it also closed most businesses, shut borders and intercity travel and adopted partial stay-at-home orders.

Large gatherings were curbed, leaving Mehmet Coskun, a wedding drummer without social security, only a third of his usual gigs. “I don’t know what to do when my loan payments come along,” he said. “Perhaps I can sell water or clean buildings.”

Such lost jobs in the service, tourism and construction sectors are hurting Turkey’s poorest households the most, according to the World Bank. The bank, however, predicts that the poverty rate will rise less than forecast in the Turkish study, to about 12% from 10%, contained in part by the state aid.

A recent rise in coronavirus cases to early May levels only raises anxieties.

Meryem Yildirim, who opened a women’s clothing shop in Istanbul two months ago, said a return to lockdown was her worst nightmare.

“All small businesses think this way now,” said the mother of two, adding she took out a loan to pay rent and to cover a second loan on the shop. 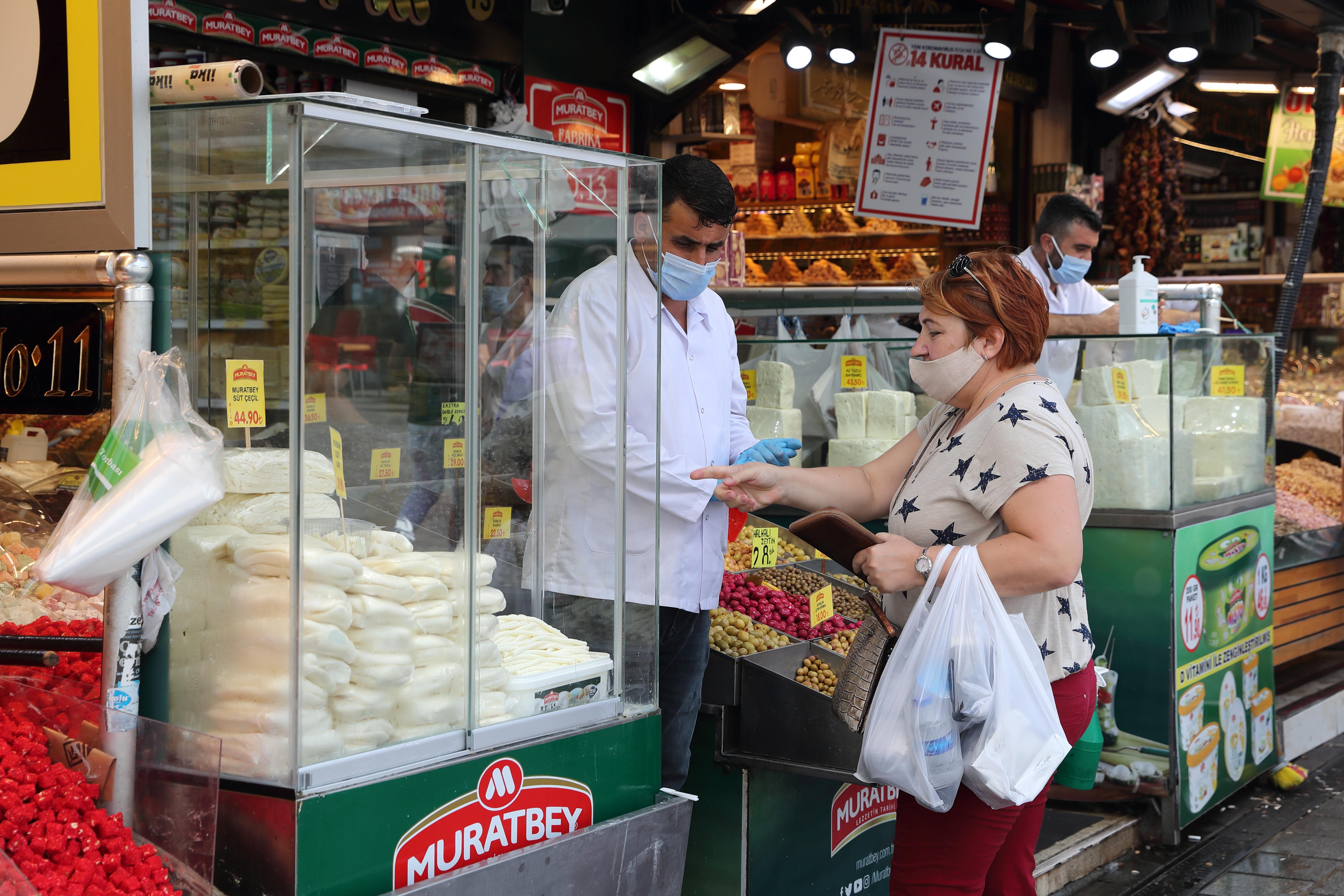 (For a graphic on employment and workforce participation, click here)