Factories which flout minimum wage rules could face having their goods banned from sale, under plans to improve oversight of workers’ rights.

The Department for Business, Energy and Industrial Strategy (BEIS) said the sanction was being considered as it confirmed that a single regulator was to be formed to bolster intelligence, communication and enforcement of rules covering a wide range of workplace abuse.

The new body would be created by amalgamating the Gangmasters and Labour Abuse Authority, the Employment Agency Standards Inspectorate and the National Minimum Wage Enforcement team based at HM Revenue and Customs, officials said.

The watchdog, yet to be given a name, would also be an entity for whistleblowing, handling holiday and sick pay disputes and charged with ensuring workers and businesses know their rights.

The planned action could also include a future Garment Trade Adjudicator with the power to impose bans on goods made in factories where workers have been repeatedly underpaid.

The proposal follows the scandal that engulfed the online fashion powerhouse Boohoo last year when media allegations resurfaced relating to third party suppliers’ working practices, including wages as low as £3.50 per hour.

Sky News revealed in March that the retailer was facing the prospect of a US investigation that could lead to an import ban despite the retailer’s efforts since last summer to clean up its supply chain oversight – severing ties with more than 400 factories in the process. 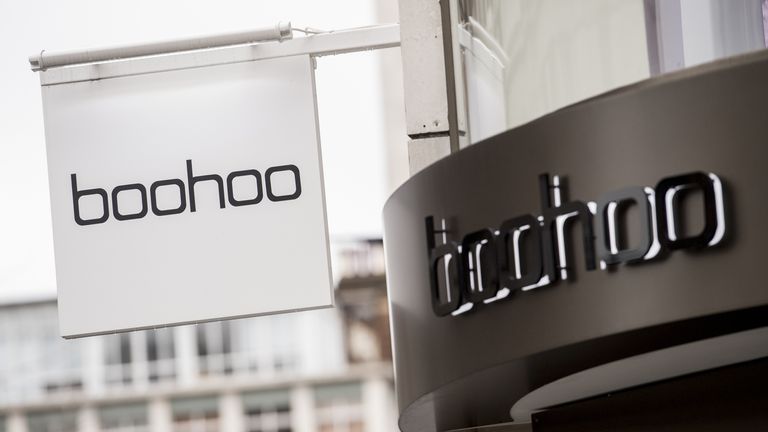 The government and local authorities also attracted criticism over the affair – accused of being too slow to get to grips with the issue, though the pace of multi-agency factory inspections has picked up.

Commenting on the wider crackdown, business minister Paul Scully said: “The vast majority of businesses want to do right by their staff, but there are a minority who seem to think the law doesn’t apply to them.

“Exploitative practices like modern slavery have no place in society.

“This new workers’ watchdog will help us crack down on any abuses of workers’ rights and take action against companies that turn a blind eye to abuses in their supply chains, while providing a one-stop shop for employees and
businesses wanting to understand their rights and obligations.”

The general secretary of the TUC union organisation, Frances O’Grady, responded: “Everyone deserves to be treated with dignity and respect at work.

“But years of underinvestment have left our enforcement system in crisis and millions of workers vulnerable to exploitation.

“Today’s announcement is heavy on spin, but light on action.

“Rather than clamping down on bad bosses now, the government is today making an announcement with no plan to legislate to make it happen – and no new funding either.

“Last month ministers failed to announce the long-promised employment bill in the Queen’s Speech. And they have failed to appoint a new director of labour enforcement.

“This pandemic has brutally exposed the terrible working conditions and insecurity many people in Britain face. This announcement will do little to change that,” she said.