ROME/MILAN (Reuters) – The Italian government is leaning toward reappointing Claudio Descalzi as CEO of state-controlled oil firm Eni, provided he will work with a new board to speed up efforts to cut carbon emissions, four senior political sources told Reuters. 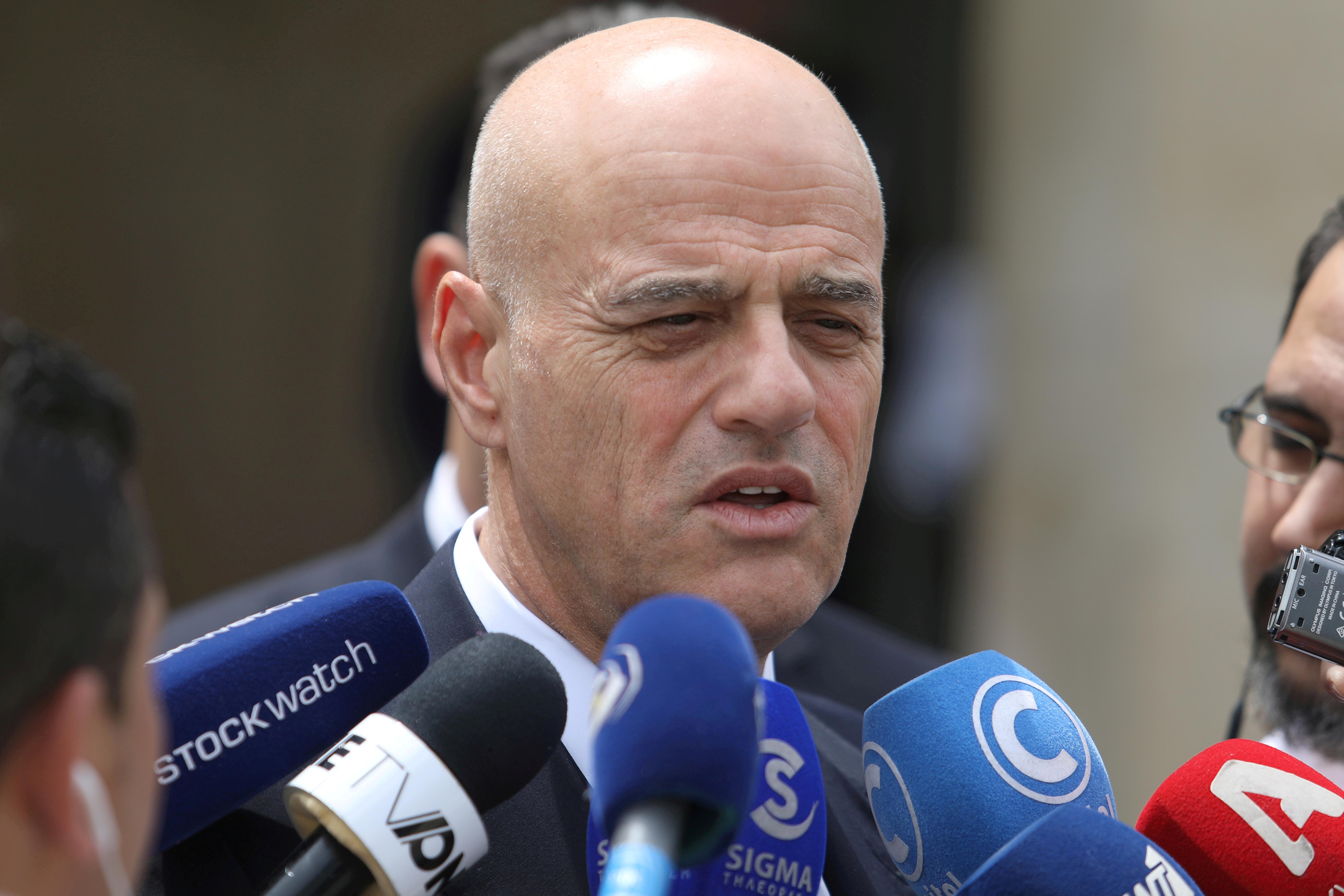 The largest member of the ruling coalition, the anti-establishment 5-Star Movement, has been highly critical of the veteran oilman in the past, not least because he is being tried in Italy for alleged corruption over a 2011 oil deal in Nigeria. Descalzi denies any wrongdoing.

However, Rome is keen for an experienced leader with a track record of dealing with geopolitically sensitive areas such as Africa and the Middle East to oversee interests there, and to help Eni (ENI.MI) shift toward cleaner sources of energy without inflicting too much damage on profitability.

“No final decision has been made yet, but Descalzi has a good chance to be reappointed,” a government member of the ruling center-left Democratic Party (PD) said, asking not to be named because of the sensitivity of the matter.

Eni, a rich source of dividends for stretched state coffers, has traditionally been seen as a key piece of Italy’s energy policy and also important for foreign policy because of its extensive overseas presence.

Descalzi’s second term leading the company comes to an end in May and the government is expected to flag as soon as March whether or not he will be kept on. The 64-year old executive is due to present Eni’s latest business plan on Feb. 28.

The 5-Star Movement is not opposing Descalzi’s reappointment as long as he is prepared to work with a new board to accelerate moves to cut carbon emissions, a prominent member of the movement said.

“He is winning round key figures in the party,” the official said, also asking not to be named.

The nomination process at Italy’s state-controlled companies is traditionally the subject of intense political horse trading because of their size and importance. Talks usually go down to the wire and can change unexpectedly on political vagaries.

The Treasury, which owns 4.34% of Eni and controls another 25.76% via state lender CDP, has the right to appoint six members of Eni’s nine-strong board. It is expected to present a list of candidates that will include the name of the new CEO.

The Treasury declined to comment for this story, as did Eni.

Descalzi was first appointed to the top job at Eni in 2014 by the government of Matteo Renzi, whose Italy Alive party is now a junior member of the ruling coalition.

Helped by major discoveries in Egypt and Mozambique, Descalzi transformed the company into one of the industry’s most successful oil and gas explorers. He has shunned costly bets on North American shale gas and more recently won accolades from investors by signing a flurry of deals in the Gulf.

However, his leadership has not been without controversy.

In one of the oil industry’s biggest ever scandals, Italian prosecutors allege Eni and Royal Dutch Shell (RDSa.L) bought a Nigerian oilfield in 2011 knowing most of the $1.3 billion purchase price would go to agents and middlemen in bribes.

The trial, which includes Descalzi because he led Eni’s exploration and production business at the time of the transaction, is drawing to a close, but is not expected to conclude until after the nomination process for a new CEO.

Despite the allegations, two of the sources said Rome was drawn to keeping Descalzi as a steady pair of hands at a time of increasing turmoil in Libya, where Eni is the biggest foreign oil and gas producer. “The (Italian) government at the moment is weak and the message coming out of Rome is to rock the boat as little as possible,” one of them said.

Descalzi’s experience could also help Eni meet growing pressure from politicians and investors for oil companies to do more to address global warming.

The CEO, a physicist by training, set up Eni’s green energy unit in 2015 and introduced a target for net-zero carbon emissions from exploration and production operations by 2030.

However, rivals such as Repsol (REP.MC), Shell (RDSa.L) and, more recently, BP (BP.L), have gone further, and Descalzi is under pressure to set bolder targets.

“He’s got the ball rolling but now he’s got to raise the bar,” one of the sources said.