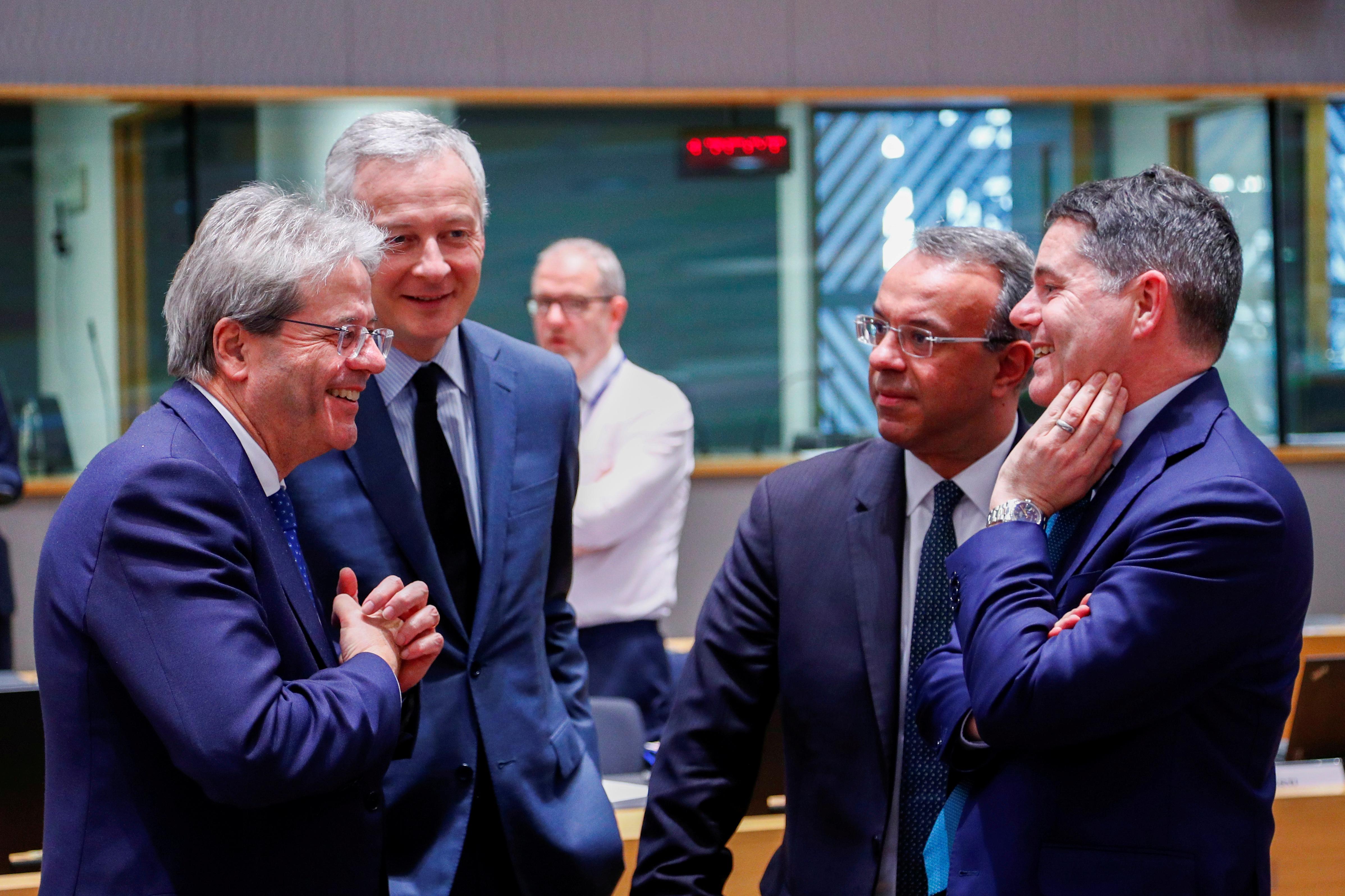 BRUSSELS (Reuters) – Euro zone finance ministers are set to discuss on Monday a document that calls for a more growth-friendly fiscal policy, a move that could lead to Germany’s spending more amid fears of a downturn.

The 19-country euro zone has for years stuck to a “broadly neutral” fiscal policy in its annual recommendations, despite repeated calls from the European Central Bank and slow-growth states for it to invest more.

But weak growth last year in Germany, the bloc’s largest economy, and fears of a new downturn, fueled by the coronavirus outbreak in China, are pushing Berlin to soften its stance. Until now it has preached austerity to reduce fiscal imbalances in high-debt countries, like Italy and Greece.

“If downside risks were to materialize, fiscal responses should be differentiated, aiming for a more supportive stance at the aggregate level,” a European Union document says, confirming a Reuters report earlier in February.

Euro zone finance ministers will discuss the document in Brussels later on Monday, according to the meeting’s agenda, and are expected to adopt it on Tuesday, EU officials said.

The text stresses that higher spending would need to comply with EU fiscal, rules which mandate deficits below 3% of gross domestic product, among other requirements. It is also not clear how the euro zone defines a downturn that would trigger more expansionary policies.

The ultimate decision on turning this recommendation into more spending lies entirely with national governments. Germany’s Finance Minister Olaf Scholz has said in past months Germany would spend more during an economic crisis, but despite last year’s slowdown it has posted large budget surpluses in the first nine months, Eurostat figures released in January show.