The Fed, the markets and growing inequality. 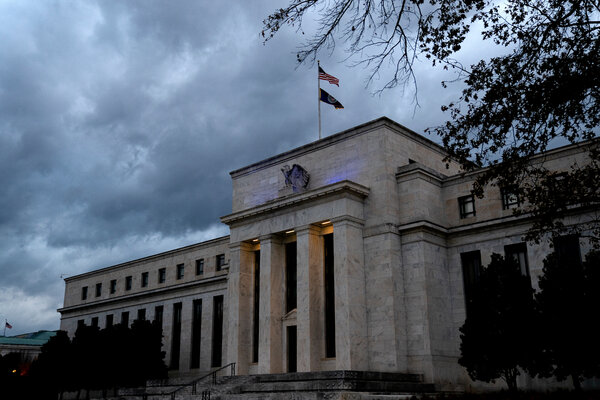 As stock markets set new highs, Karen Petrou is mad about monetary policy. Ms. Petrou, co-founder and managing partner of Federal Financial Analytics, a Washington-based consultancy, got so angry that she wrote a book about it, “Engine of Inequality: The Fed and the Future of Wealth in America.” In it, she draws a direct connection between the Federal Reserve’s decisions and the rich getting richer, with others struggling to get by.

“My book shows monetary policy makes the mess and can clean it up,” Ms. Petrou told DealBook. “The Fed makes markets bulletproof and sets rates so low that the only way to make money is in stocks.” In 2020, it doubled down on that approach in response to the pandemic downturn, “so the financial system got more bulletproof,” she said. The wealthiest 1 percent of Americans own more than half of all stocks, she noted, so a rich few grew even wealthier this past year. As she described it in the book:

When financial rates of return are above that of broader economic growth, inequality speeds up in a cumulative way, just like a gassed-up engine driven by someone with a heavy foot on the pedal.

Monetary policymakers have traditionally denied any role in driving inequality, Ms. Petrou said. But in 2016, she presented her thesis to central bankers and was surprised to find heads nodding. Evidence of the growing wealth divide, accelerated by policies meant to stabilize the economy after the 2008 financial crisis, seemed to make officials more inclined to listen. But her theory has been bolstered, again, by a year of market ebullience fueled by Fed policy, she said. (That has also prompted the Fed to think more expansively about its mission.) The stimulus was intended to stabilize the economy in a time of crisis, but has benefited the wealthiest most of all, widening the divide.

“If the Fed takes the punch bowl away, slowly and carefully, there will be a small cost to the markets,” Ms. Petrou said, capturing the debate many investors are having about how long the central bank can — or should — keep the gas pedal down. Since inequality undermines economic growth, and markets have had a long bullish run, “shared turbulence” is worth it for shared prosperity, she said. Improvements in education policy may manifest in broader wealth gains over 10 years, Ms. Petrou suggested, but monetary policy takes effect rapidly — as the pandemic has shown — so “changes will not just be constructive, but significant and fast.”

President Biden says all adult Americans should be eligible for Covid vaccines by May 1. He delivered the news in his first prime-time address, hours after he signed the $1.9 trillion relief bill into law. Lawmakers are already discussing another big spending bill, on infrastructure, which could come this summer.

Airlines and other hard-hit businesses got $65 billion from the stimulus bill. As a result, American Airlines and United told 27,000 employees that they could ignore the furlough notices they had received.