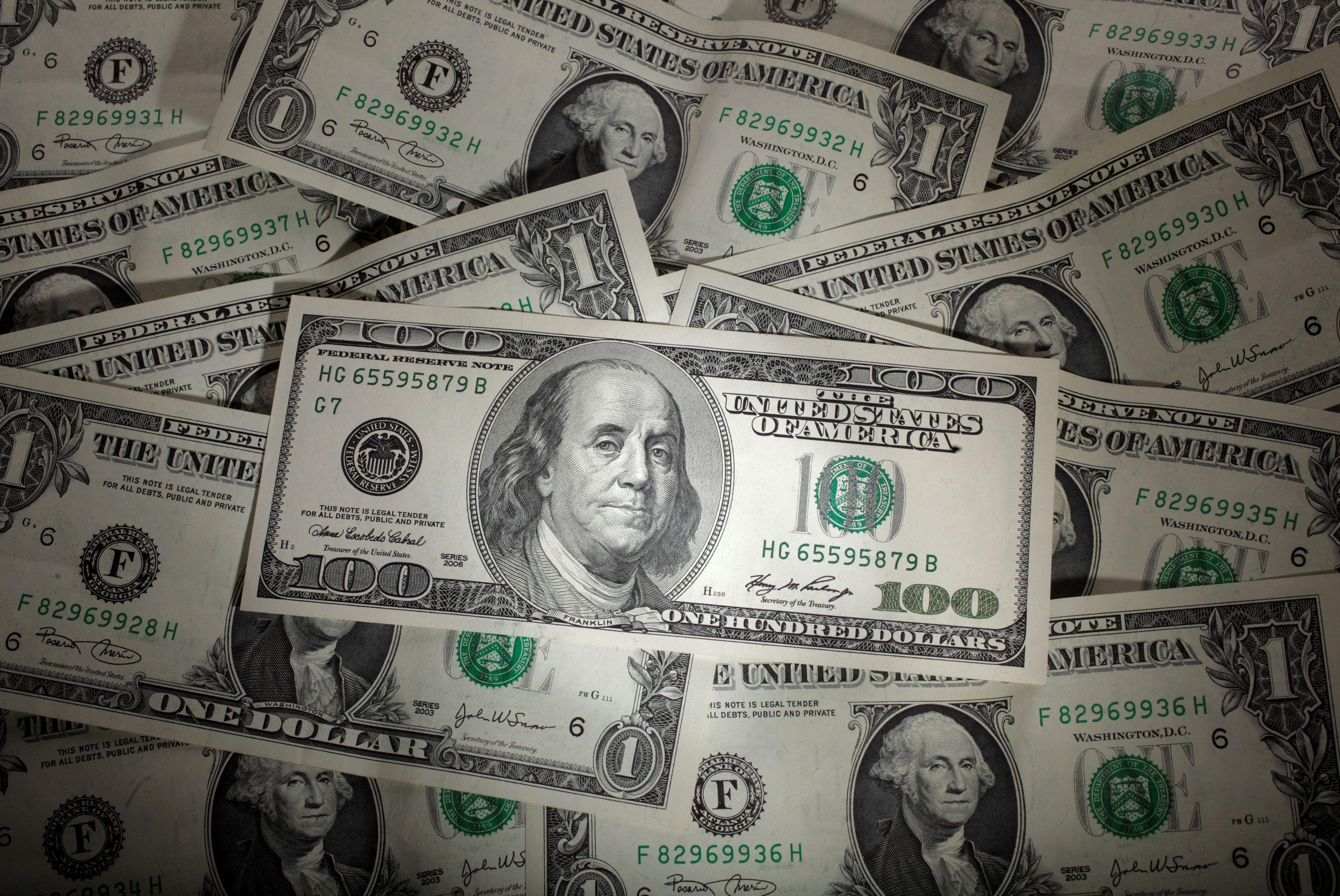 NEW YORK (Reuters) – The negative impact of currency fluctuations on North American companies’ first-quarter results rose from the preceding quarter but was well below its year-ago level, according to data from treasury and financial management firm Kyriba on Tuesday.

The collective exchange rate impact, including on companies in the United States, Canada and Mexico, was $10.77 billion, compared with the $7.99 billion negative effect in the fourth quarter of 2019, Kyriba said in a report.

The results show “a small, but increasing upward trend after a three-quarter decline in headwinds,” according to strategists at Kyriba.

The first-quarter level, though, was well below the $23.39 billion negative effect in the first quarter of 2019.

The U.S. dollar index =USD rose 2.6% in the first quarter of this year but has been weakening more recently and many strategists see further weakness ahead.

The dollar fell to an almost two-year low against the euro on Monday on concerns about the growing number of coronavirus cases in the United States and ahead of the Federal Reserve’s meeting this week when it is expected to confirm its commitment to rock-bottom interest rates.