BT says it is to reward tens of thousands of frontline workers with a £1,500 bonus in recognition of their efforts to keep households and businesses connected during the coronavirus pandemic.

The company said it was proposing to pay £1,000 in cash – with the balance to be awarded in shares under a previously announced scheme after three years.

BT said its “generous” payout was the equivalent to around 5% of the average employee salary – with 59,000 staff across BT and Openreach eligible for the award. 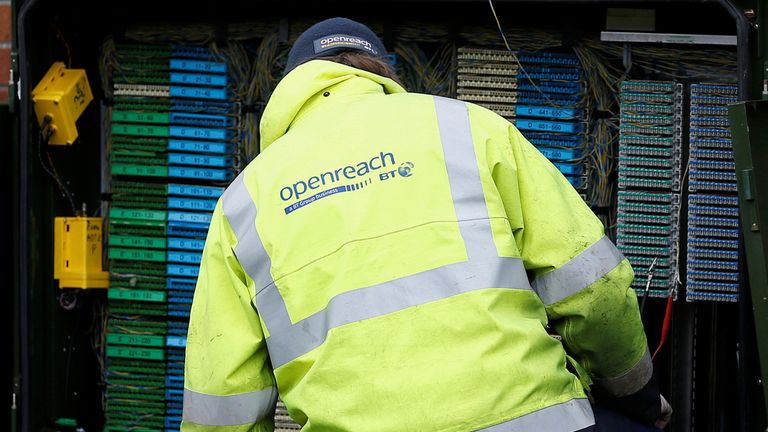 The group has been managing a strain placed on household broadband caused by the necessity for people to work from home during the COVID-19 crisis to date and follows many supermarket chains in rewarding workers for their efforts.

The latest UK employment figures, released on Tuesday, showed an influence from bonuses in rising levels of pay awards.

The announcement was made despite a pay freeze across the company which has sparked a dispute with trade unions.

Sky News also revealed earlier this month how chief executive Philip Jansen had given the BT board an ultimatum unless the company replaced its chairman, Jan du Plessis, amid frustration over the pace of change at the company.

Mr du Plessis, one of the City’s most respected corporate bosses, is to step down once a successor is found.

Mr Jansen said of the planned bonus awards: “BT has made a massive contribution to the national cause over the past year: we’ve supported the NHS, families and businesses, and avoided the use of redundancy or furlough in our response to the pandemic. 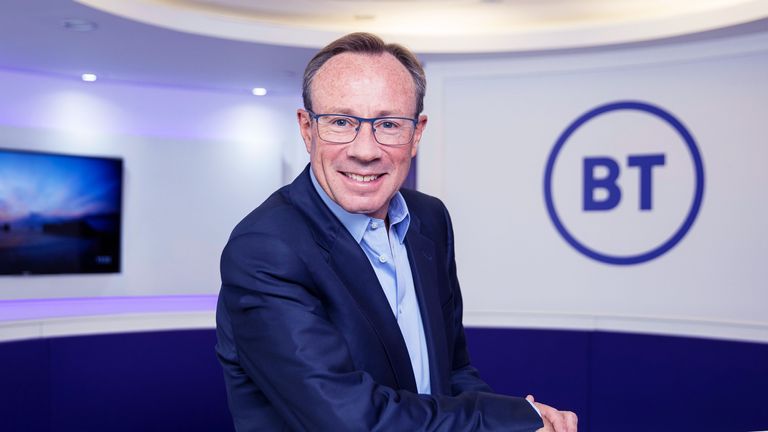 “Our frontline colleagues and key workers have been true heroes, keeping everyone connected in this most difficult time.

“BT has delivered for our customers through the dedication of all our people, but inevitably the pandemic hit our financial performance, like that of most companies.

“In this context, we have to prioritise and I am determined that we will do everything in our power to reward our frontline colleagues.”