WASHINGTON (Reuters) – U.S. consumer spending slowed in January and could lose further momentum as the fast-spreading coronavirus outbreak, which has sparked a stock market sell-off and revived fears of a recession, causes households to tighten their purse strings. 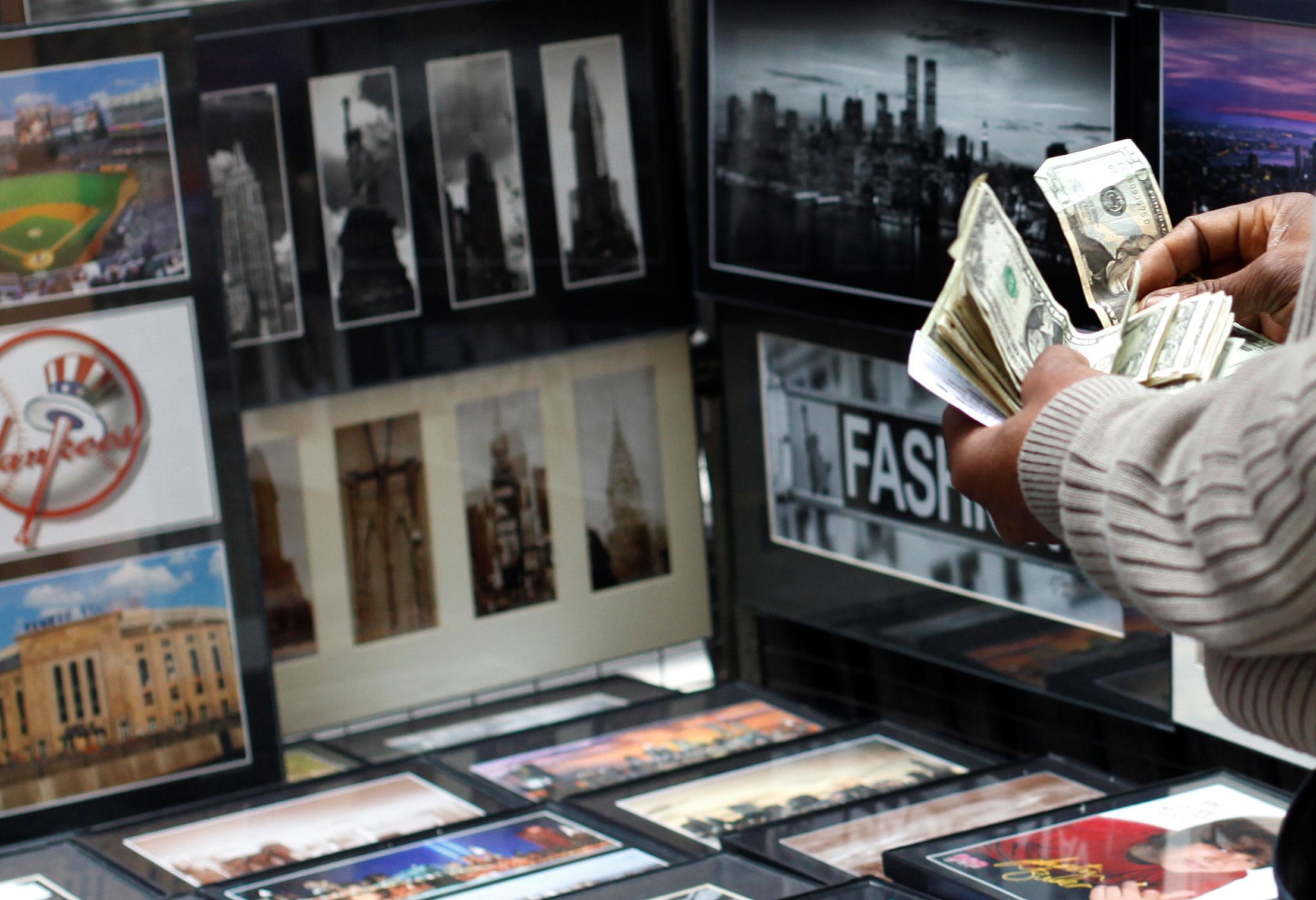 Other data on Friday showed the goods trade deficit contracted sharply last month as both imports and exports declined. While the narrowing goods trade deficit could be a boost to the calculation of gross domestic product, a lot depends on how the coronavirus unfolds in the United States.

The coronavirus epidemic, which has killed nearly 3,000 and infected at least 80,000 people, most of them in China, is viewed by financial markets as the catalyst that could interrupt the longest economic expansion on record, now in its 11t year. Together with persistently tame inflation, it could challenge the Federal Reserve’s signaled desire to keep monetary policy on hold at least through 2020.

“Consumers shielded the economy from global headwinds for most of 2019 but they won’t prove immune to the coronavirus outbreak,” said Lydia Boussour, a senior U.S. economist at Oxford Economics in New York. “This persistently low inflation bolsters the case for a Fed rate cut as soon as March given the sharp tightening in financial conditions.”

Economists polled by Reuters had forecast consumer spending gaining 0.3% in January. While a separate report on Friday from the University of Michigan showed its consumer sentiment index increased to a near two-year high in February, it noted that a fifth of respondents mentioned the coronavirus in the final days of the survey in part because of the plunge in stock prices.

“With consumers often responding to changes in stock markets, we think that some weakening in sentiment could be coming soon,” said Daniel Silver, an economist at JPMorgan in New York.

Still, consumer fundamentals remain healthy. Personal income jumped 0.6% in January, the most since February 2019, after gaining 0.1% in December. Income was boosted by the annual cost of living adjustment for social security recipients and other government welfare programs.

Wall Street’s main indexes slipped into correction territory on Thursday and stocks extended their decline on Friday, with the Dow Jones Industrial Average slumping more than 1,000 points at one point. U.S. Treasury prices rallied, sending the yield on the two-year note below 1% for the first time since 2016 while the benchmark 10-year note yield touched another record low.

The dollar was steady against a basket of currencies.

Inflation remained benign last month. Consumer prices as measured by the personal consumption expenditures (PCE) price index edged up 0.1% in January. The PCE price index was held back by a 0.7% drop in the cost of energy goods and services, offsetting a 0.3% gain in food prices.

The core PCE index is the Fed’s preferred inflation measure. It missed the central bank’s 2% target every month in 2019.

When adjusted for inflation, consumer spending nudged up 0.1% in January after rising by the same margin in the prior month. That suggests consumer spending got off to a slow start in the first quarter after cooling considerably in the final three months of 2019.

The coronavirus epidemic prompted Goldman Sachs early this week to cut its first-quarter gross domestic product growth estimate by two-tenths of a percentage point to a 1.2% rate. Growth estimates for the January-March quarter were already on the low side because of Boeing’s (BA.N) suspension of production of its troubled 737 MAX plane starting last month.

The department also reported retail inventories were unchanged in January after edging down 0.1% in the prior month.

Retail inventories, excluding motor vehicles and parts, the component that goes into the calculation of GDP, increased 0.3% last month after gaining 0.1% in December. Inventories at wholesalers fell 0.2% in January. That followed a 0.3% decline in December.

While the coronavirus is disrupting supply chains for manufacturing, some sections of the industry do not appear to be experiencing significant distress.

The Chicago Purchasing Management Index rose 6.1 points in February to a reading of 49.0, the highest level since August 2019, a fourth report showed. The joint MNI Indicators and ISM-Chicago survey suggested a marginal impact on businesses in the region from both the coronavirus and last month’s signing of a “Phase 1” trade deal between the United States and China.