LONDON (Reuters) – Global shares were buoyant on Monday as the promise of further policy stimulus from China to counteract the economic hit from a coronavirus outbreak calmed nervous investors.

Trading was light, with U.S. stocks and bond markets shut for a public holiday.

Both the pan-European STOXX 600 index and Germany’s DAX reached record highs before paring some gains. [.EU] The MSCI All-Country World Index, which tracks shares across 47 countries, was flat on the day.

In Asia, MSCI’s broadest index of Asia-Pacific shares outside Japan advanced 0.14% to near last week’s peak of 558.30, its highest since late January.

The gains were led by China, whose blue-chip index climbed 2.25% after the country’s central bank lowered a key interest rate and injected more liquidity into the system.

Also whetting risk appetite was an announcement by China’s finance minister on Sunday that Beijing would roll out tax and fee cuts.

“Traders are mindful of the fact the Chinese authorities intervened in the financial markets at the beginning of the month, when the domestic stock markets reopened after the Lunar New Year celebrations,” said David Madden, market analyst at CMC Markets in London.

“Some dealers hold the view that Beijing will intervene in the markets again should the situation get much worse, which could explain the resilience of equity markets.”

Fears about the jolt to the world economy from the coronavirus lingered, though, as the number of reported new cases in China rose to 2,048 as on Sunday from 2,009 the previous day.

“The latest numbers from the Hubei province still suggest that the infection pace is slowing after the sudden jump following the methodology changes last week,” Danske Bank said in a research note, highlighting that the number of new cases within China is the lowest since Jan. 23.

Restrictions were tightened further in Hubei over the weekend. Most vehicles were banned from the roads and companies told to stay shut until further notice.

Japan’s Nikkei fell 0.7% after its economy shrank at the fastest pace in almost six years in the December quarter. The slowdown in the world’s third-largest economy came amid concern the coronavirus effects will hurt output and tourism, stoking fears Japan may slump into recession.

Asia’s woes have yet to spread to the United States, though. Wall Street indexes scaled record highs on Friday. [.N]

Bassanese had misgivings about the plan, saying it reminded him of former U.S. President George Bush encouraging Americans to buy a home during a housing boom.

“It adds to my suspicion that this decade-long bull market could eventually end via a blow-off bubble, driven by central bank persistent low interest rate policy,” he said in a note.

Later in the week, flash manufacturing activity data for February are due for the euro zone, the United Kingdom and the United States. They are likely to capture some of the early impact of the viral epidemic. 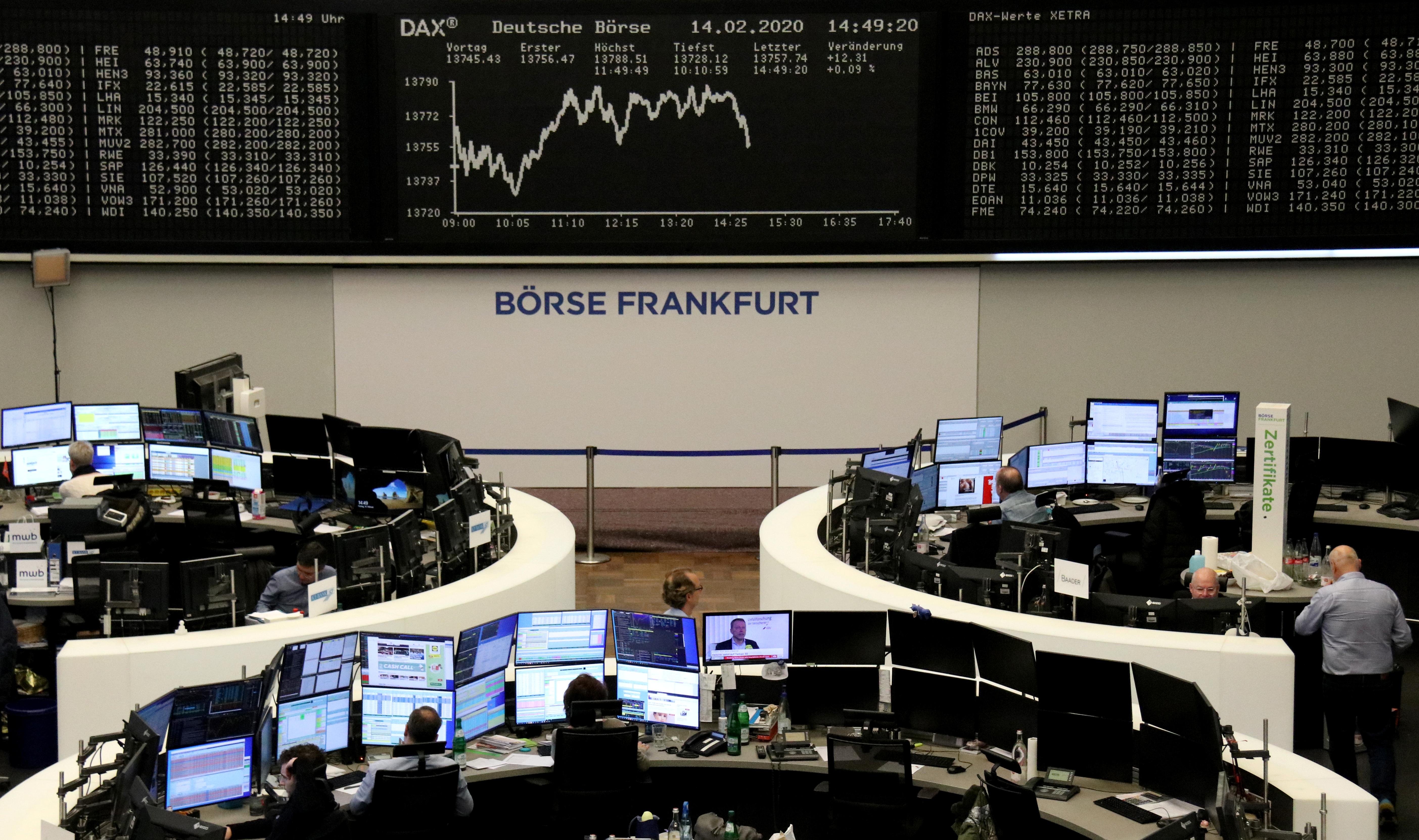 The risk-sensitive Aussie, which is also played as a liquid proxy for Chinese assets, ticked up 0.1% to $0.6721.