LONDON (Reuters) – A decline in the number of new coronavirus cases in China and mounting expectations for more policy stimulus boosted global stock markets on Wednesday, helping ease some of the alarm caused by an Apple revenue warning. 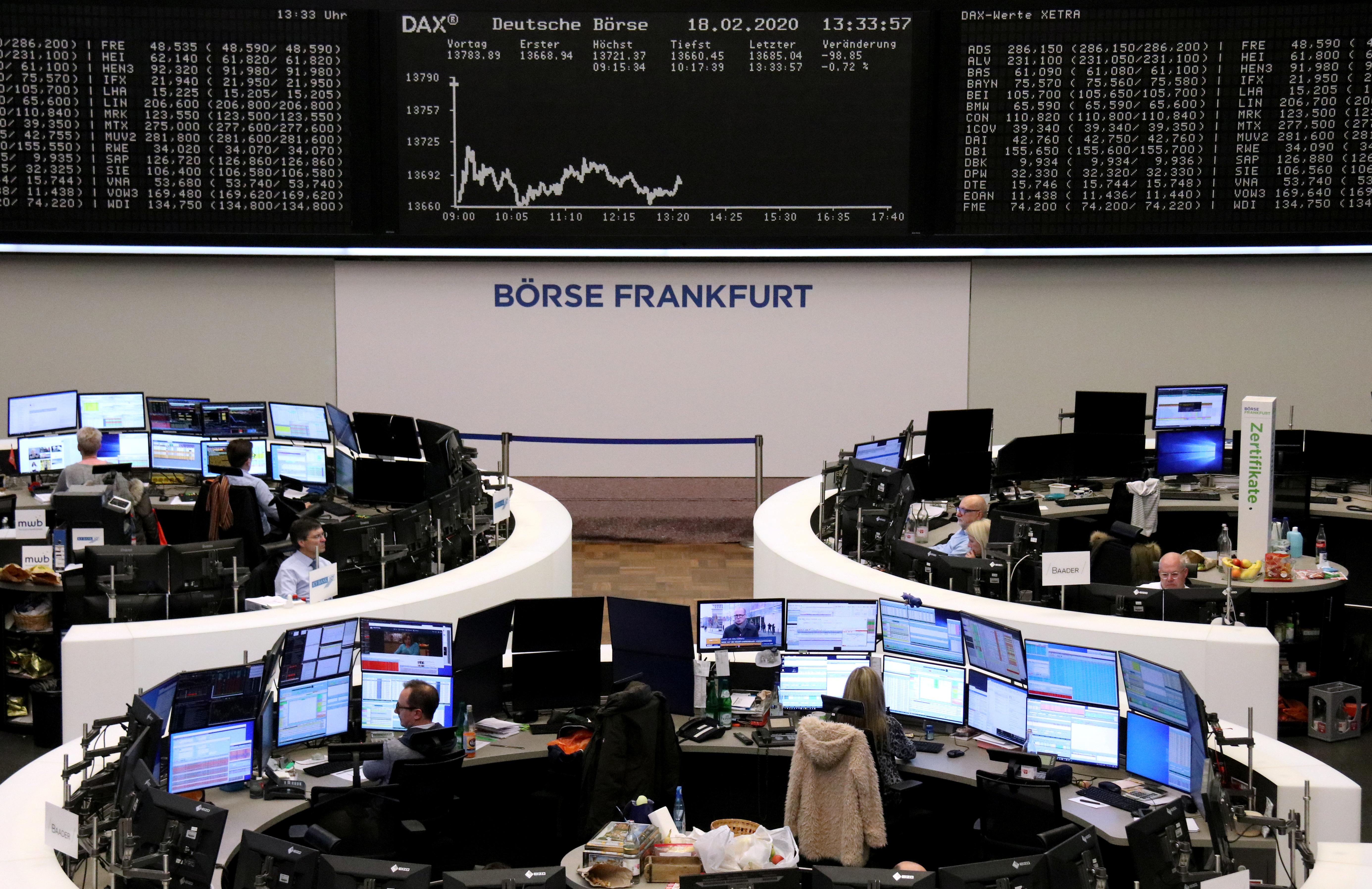 China posted the lowest daily rise in new coronavirus cases since Jan. 29, helping to lift the offshore-traded yuan to two-week highs against the dollar and pushing the yen to a one-month low.

Many view Chinese data on the virus with scepticism, but sentiment was lifted by a Bloomberg report that Beijing was considering cash injections or mergers to bail out airlines hit by the virus.

Those steps would come after this week’s cut in the medium-term lending rate, which has fed expectations for a reduction in the benchmark loan prime rate.

Chinese mainland shares closed in the red, however.

“This in itself implies there will be more fiscal and monetary stimulus,” Park said. “That’s the real carrot for markets today.”

Tuesday’s U.S. Empire manufacturing survey also reassured investors the world’s biggest economy was in good shape, he said. That somewhat tempered worries caused by Apple’s warning it might miss sales targets because of pressure on its supply chains.

Market fears still kept gold trading above $1,600 an ounce and U.S. 10-year Treasury yields some 35 basis points below where they started 2020.

“There is some nervousness that economic data outside the United States is not amazing,” Park said.

China, the world’s second-largest economy, is struggling to get manufacturing back online after severe travel restrictions were imposed to contain the coronavirus. Japanese exports fell for the 14th straight month in January, data showed.

Growth worries were reflected in a dismal German investor sentiment survey and the U.S. Treasury curve, where yields on three-month bills rose above yields on 10-year notes — an inversion that’s been a fairly reliable recession predictor in the past.

Investors are waiting to see what other growth-supportive measures could be introduced, particularly in the euro zone. They will also keep an eye on the minutes from the U.S. Federal Reserve’s last meeting.

The Fed has signaled that it’s keeping an eye on the coronavirus impact but has no intention of cutting interest rates anytime soon. Many analysts reckon it could be forced to change its mind.

“Given the risks we see to both growth and inflation falling short of expectations this year, we still expect the Fed’s view on the need for additional rate cuts to shift later this year,” NatWest analysts told clients, adding they were “not at this time removing rate cuts from our forecast.”

But the contrast between euro zone and U.S. economic indicators are weighing on the euro, which has reached a three-year low versus the dollar, though it rose back above the $1.08 level it breached on Tuesday for the first time since 2017.

Brent crude futures rose around 0.7% to $58.12 a barrel, as a reduction in supply from Libya offset concerns about weaker Chinese demand.