Burger King has been banned from advertising its Rebel Whopper as “100% plant based” as it is cooked on the same grill as its meat products.

The Advertising Standards Agency (ASA) also found that a series of adverts promoting the Rebel Whopper’s launch, and timed to coincide with “Veganuary”, failed to make it clear it was dressed with an egg-based mayonnaise.

It said this could lead consumers to think it was fully vegan, when it was not.

In its ruling the ASA said: “Because the overall impression of the ads was that the burger was suitable for vegans and vegetarians when in fact it was not, we concluded that the ads were misleading.”

A tweet from the @BurgerKingUK account said: “You asked and we listened. Introducing the Rebel Whopper, our first plant-based burger!”

The tweet was accompanied by an image of the burger stating “100% Whopper. No beef”, with an almost identical Facebook advert claiming it was “Powered by the vegetarian butcher”. In the small print it said: “*Product is cooked alongside meat products.”

A second Facebook ad stated “100% whopper. No Beef”, and included the Burger King logo and The Vegetarian Butcher logo. In small print the ad had “T&C’s apply”.

BKUK Group Ltd, the chain’s parent company, said the small print indicated the burger may not be suitable for vegans or vegetarians, and that this had been communicated to journalists, on social media posts and in dialogue with customers. 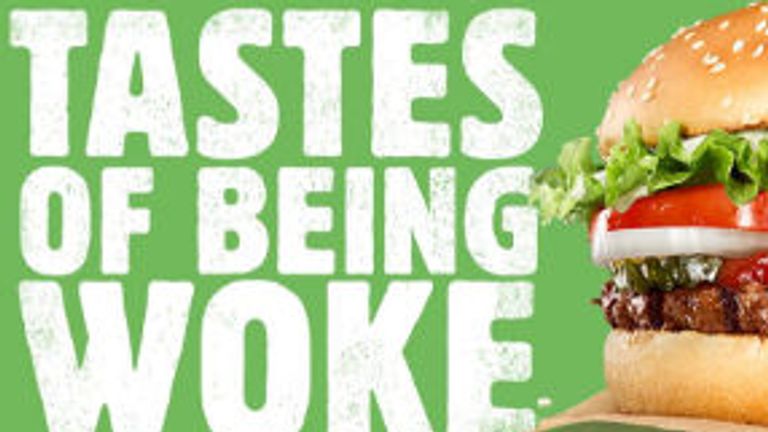 It said the product itself consisted of a 100% plant-based patty supplied by the Vegetarian Butcher and that a customer who did not want mayonnaise could exclude it from their order.

The ASA found that the small print qualification of “cooked alongside meat products” was not sufficiently prominent to counter the impression that the burger was suitable for vegetarians and vegans.

It added the small print did not refer to the presence of egg mayonnaise and was missing from one Facebook advert completely. It ruled the advert must not appear in its current form again.

Last year, another Burger King ad was banned by the ASA for apparently encouraging customers to “milkshake” politicians.

It followed an assault on Brexit Party leader Nigel Farage while campaigning in May 2019 in Newcastle during which he was drenched in milkshake.

Ahead of Mr Farage heading to Scotland for a political rally the Burger King account tweeted: “Dear people of Scotland. We’re selling milkshakes all weekend. Have fun. Love BK. #justsaying.”

The ASA said it had told Burger King the ad must not appear again and “to ensure that its future marketing communications did not condone or encourage anti-social behaviour.”