A regulatory official cited concerns about interference with employees assigned to ensure that the company follows safety rules. 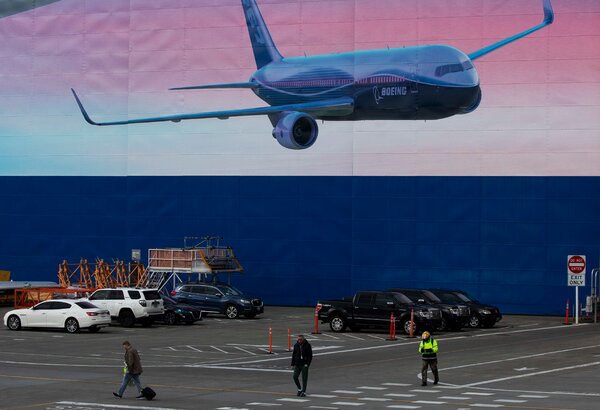 In a letter to the company last week, the official, Ian Won, said that the F.A.A.’s review was based on a recent survey of a few dozen of the 1,400 Boeing employees who work on the agency’s behalf through a program called Organization Designation Authorization. Boeing’s structure appears “to provide a strong influence” over how those employees are appointed, managed and allowed to work, he said, providing “ample opportunity for interference rather than independence.”

“These concerns require an objective review and further fact finding,” Mr. Won wrote in the letter, which was obtained by The New York Times.

The F.A.A. review was reported earlier by The Wall Street Journal.

The agency’s reliance on company employees to review regulatory compliance has been criticized as allowing the aviation industry to police itself. But defenders say the arrangement is necessary because the F.A.A. lacks the resources for thorough oversight of the sprawling industry.

Last week’s letter was based on a survey of 32 employees in May and June. Nearly a dozen workers complained or shared stories that suggested Boeing had made it difficult for them to act with independence, the agency said.

According to excerpts from the survey responses, the concerns included finding that management would stall when design issues were raised so that the company could continue delivering planes and feeling that a manager would shop around for approval if an employee didn’t provide it.

In a statement, Boeing said it took the concerns seriously.

“We have consistently reinforced with our team that delegated authority is a privilege and that we must work every day to be trusted with the responsibility,” the company said. “We have taken steps to educate our team and make improvements.”

In the letter, the F.A.A. said it would conduct a broader survey of the employees designated to represent its interests. The company said it was working with the agency.