TOKYO (Reuters) – Asian shares fell on Wednesday as a U.S. warning to Americans to prepare for the possibility of a coronavirus pandemic drove another Wall Street tumble and pushed yields on safe-haven Treasuries to record lows. 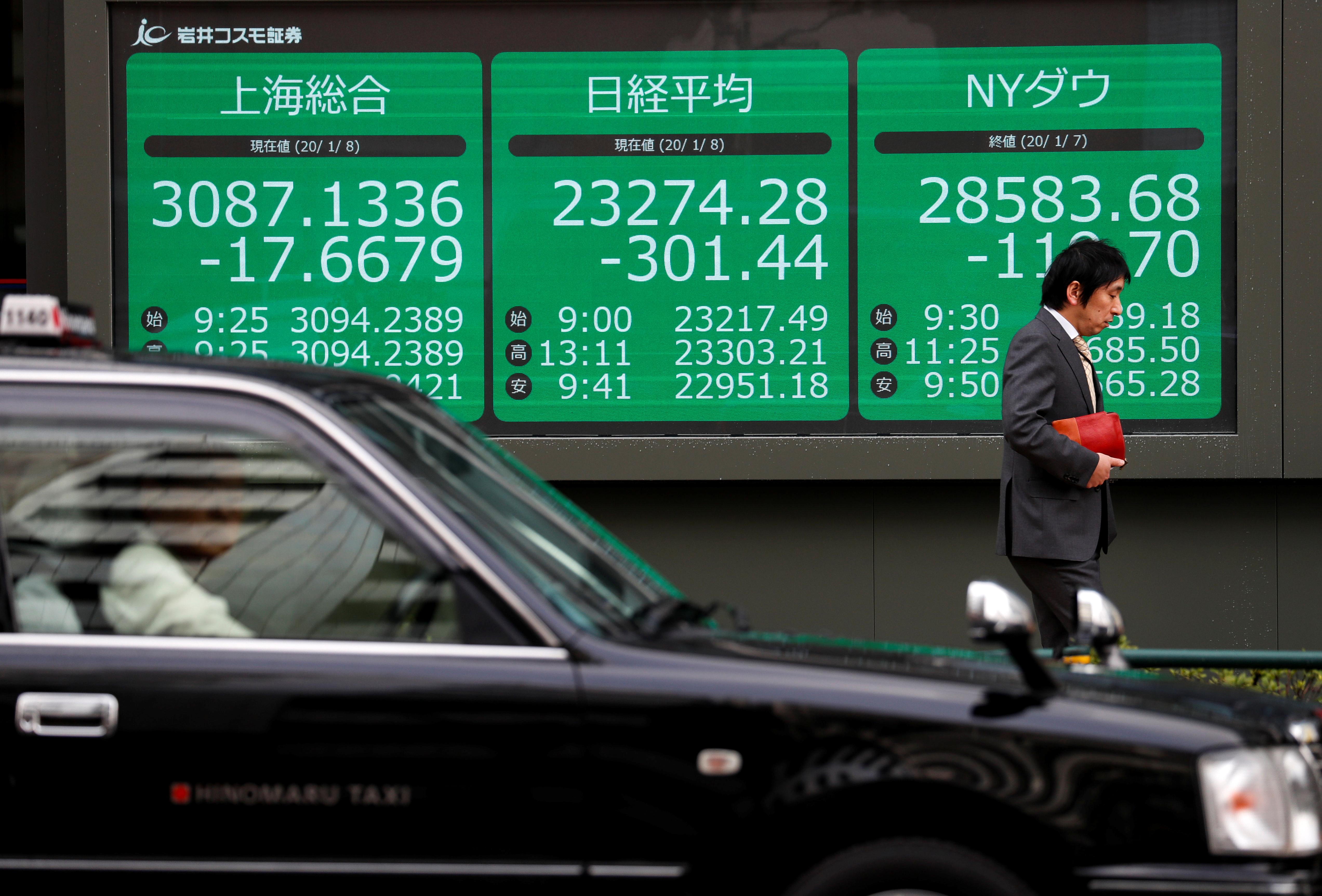 The S&P 500 .SPX and the Dow Jones Industrial Average .DJI both shed more than 3% on Tuesday in their fourth straight session of losses.

That led MSCI’s broadest index of Asia-Pacific shares outside Japan .MIAPJ0000PUS down 0.6%. Australian shares were down 1.77%, while Japan’s Nikkei stock index .N225 slid 1.1%.

Yields on 10-year and 30-year U.S. Treasuries teetered near record lows as worries about the economic impact of the virus outbreak boosted safe-haven assets.

Oil prices recovered some recent losses in Asia, but there are lingering concerns that expected output cuts by major oil producers will not be enough to offset a decline in global energy demand caused by the virus.

The World Health Organization says the epidemic has peaked in China, but concern that its spread is accelerating in other countries is likely to keep investors on edge.

“What we are seeing is share markets are playing catch up,” said Michael McCarthy, chief market strategist at CMC Markets in Sydney.

“Other asset markets have been flashing warning signs for weeks. A corrective bounce in equities is possible, but we still have a lot of downward momentum.”

While the stock rout has been global, the recent pace of selling in Asia has not been as severe as it has on Wall Street, which has been hit hard by the escalation of virus cases outside of Asia.

U.S. stock futures ESc1 rose 0.5% in Asia on Wednesday, but that did little to brighten the mood.

Adding to recent fears was an alert from the U.S. Centers for Disease Control and Prevention on Tuesday warning Americans to prepare for the spread of coronavirus in the United States, signaling a change in tone for the Atlanta-based U.S. health agency.

The virus has claimed almost 3,000 lives in mainland China but has spread to dozens of other countries. Of increasing concern to investors, however, in the rising death toll in other countries.

Drastic travel restrictions slammed the brakes on China’s manufacturing and consumer spending, and there are worries other countries will face similar disruptions.

The decline in yields weighed on the dollar. The greenback was last quoted at 110.25 yen, continuing a pullback from a 10-month high of 112.23 yen. JPY=EBS

U.S. crude CLc1 ticked up 0.58% to $50.19 a barrel. The Organization of the Petroleum Exporting Countries (OPEC) and allies including Russia, a group known as OPEC+, have been sending signals that they will cut output further.

However, oil could come under more pressure as weekly U.S. supply reports due later on Wednesday are expected to show a rise in inventories, according to a Reuters poll. [EIA/S]