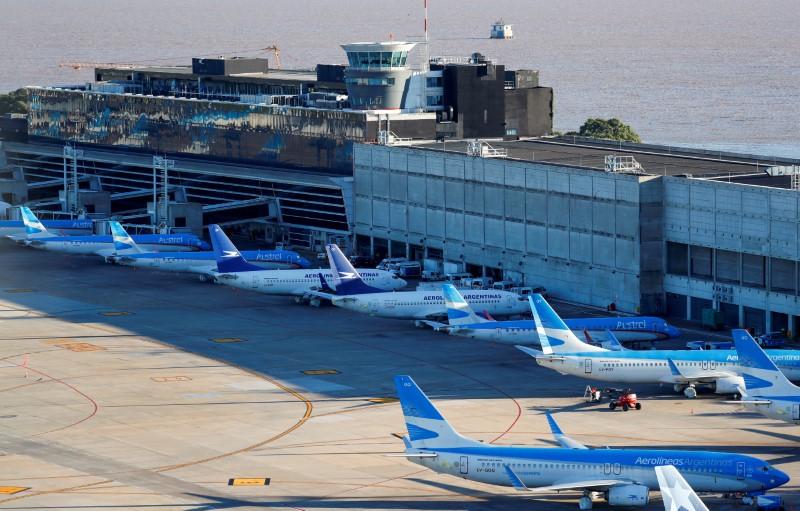 BUENOS AIRES (Reuters) – Aerolineas Argentinas will begin negotiations with unions to suspend the contracts of thousands of employees until August after the flag carrier’s income plunged about 97% due to the coronavirus outbreak, it said on Monday.

The airline, which is staying afloat largely through state support, will pay workers’ social security and make smaller, spot payments during the proposed two-month suspension, it said in a statement.

Savings from the suspension would be used to maintain the fleet, make repairs and shore up its spare parts supply chain, the company said.

“The health crisis that the world is going through is an unprecedented event that led to the biggest crisis in the commercial airline sector in history.”

It said it had postponed payments, renegotiated debts with fuel suppliers and was in talks to reschedule payments to Brazilian and Argentine banks.

“We have to adopt all the necessary measures for Aerolineas Argentinas to get out of this situation and have a chance of growing and developing in the future,” it added.