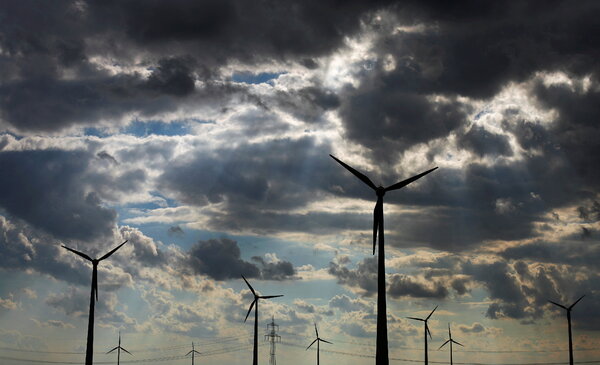 The greens keep saying that because the price of wind and solar is now as cheap as, or cheaper than, fossil fuels, they’ve won the energy war. Game, set, match — welcome to the green planet.

The oil companies say — as they have in each previous energy crisis since 1973 — that the only answer to this energy crisis is the one they’ve offered for the past 49 years: drill, baby, drill. Welcome to reality.

Well, they’re both wrong, and accepting the repetition of either of these tired shibboleths is hurting us economically, environmentally and geopolitically — especially, of late, geopolitically.

Because our continued addiction to fossil fuels is bolstering Vladimir Putin’s petrodictatorship and creating a situation where we in the West are — yes, say it with me now — funding both sides of the war. We fund our military aid to Ukraine with our tax dollars and some of America’s allies fund Putin’s military with purchases of his oil and gas exports.

And if that’s not the definition of insanity, then I don’t know what is.

Have no illusion — these sins of the green movement and the oil industry are not equal. The greens are trying to fix a real, planet-threatening problem, even if their ambition exceeds their grasp. The oil and coal companies know that what they are doing is incompatible with a stable, healthy environment. Yes, they are right that without them there would be no global economy today. But unless they use their immense engineering talents to become energy companies, not just fossil fuel companies, there will be no livable economy tomorrow.

Let’s look at both. For too long, too many in the green movement have treated the necessary and urgent shift we need to make from fossil fuels to renewable energy as though it were like flipping a switch — just get off oil, get off gasoline, get off coal and get off nuclear — and do it NOW, without having put in place the kind of transition mechanisms, clean energy sources and market incentives required to make such a massive shift in our energy system.

It’s Germany in 2011, suddenly deciding after the Fukushima accident to phase out its 17 relatively clean and reliable nuclear reactors, which provided some 25 percent of the country’s electricity. This, even though Germany had nowhere near enough solar, wind, geothermal or hydro to replace that nuclear power. So now it’s burning more coal and gas.

A 2019 working paper for the U.S. National Bureau of Economic Research found that in Germany “the lost nuclear electricity production due to the phaseout was replaced primarily by coal-fired production and net electricity imports. The social cost of this shift from nuclear to coal is approximately $12 billion per year. Over 70 percent of this cost comes from the increased mortality risk associated with exposure to the local air pollution emitted when burning fossil fuels.”

Today, the European Union is drawing up a plan to break its addiction to Russian oil and gas by 2027, but, in the meantime, Putin is laughing all the way to the bank. As CNN reported in April, citing a report by the Center for Research on Energy and Clean Air: “Russian revenues from fossil fuel exports to the European Union soared during the first two months of the Ukraine invasion” — to $46.3 billion. That was more than double the value of Russian energy imported by the E.U. during the same two-month period a year earlier.

That was not because the E.U.’s volume of imports doubled. Higher oil and gas prices accounted for most of that increase. In other words, Putin starts a war that creates instability, which drives up oil prices, so he makes twice as much money exporting roughly the same amount of oil.