We Stuck It <br> Out in the City

People like to say you become a New
Yorker after 10 years. But those of us who stayed
through 2020 should get extra credit. 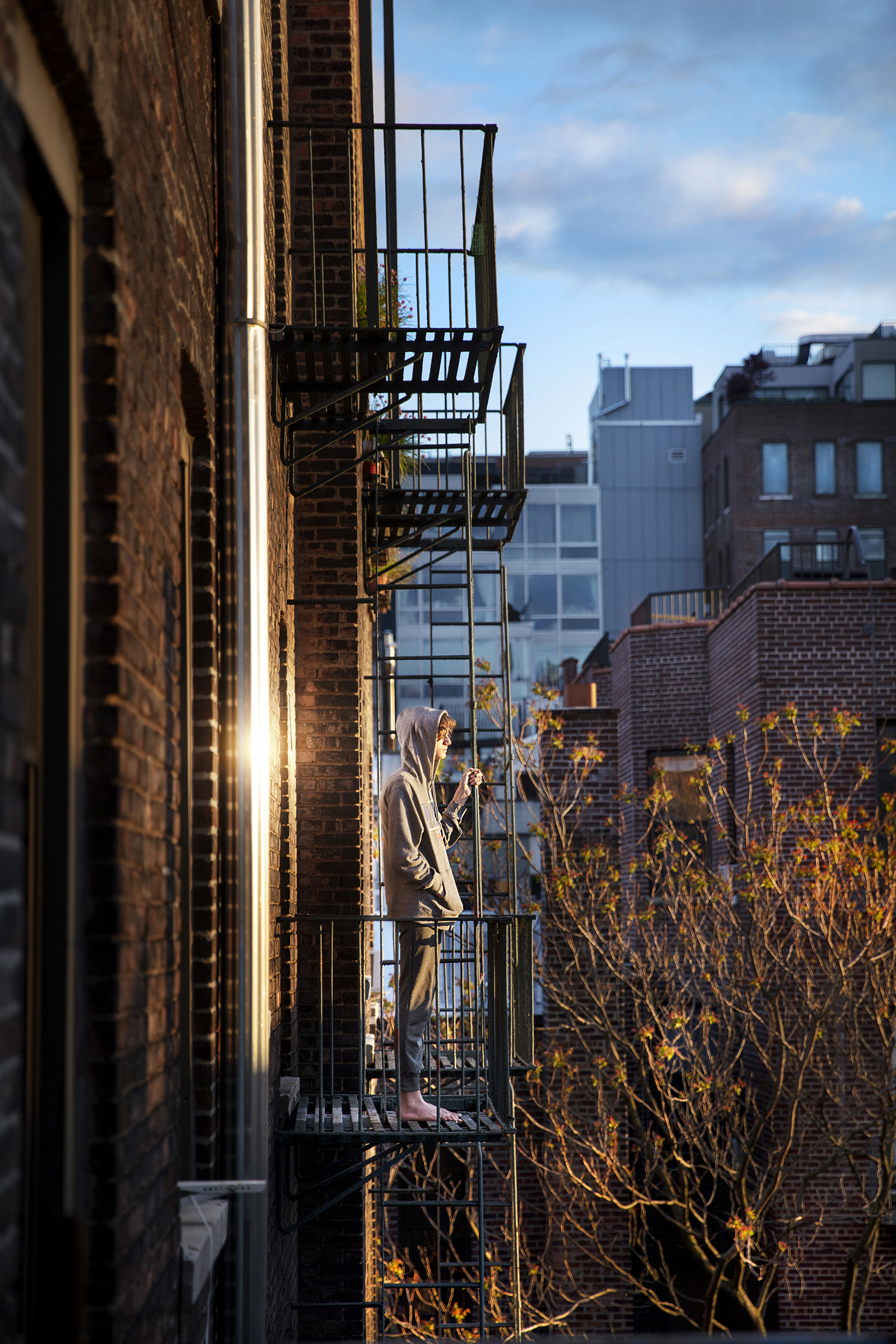 Mayor de Blasio, here’s what to do with all the people returning to the city from log cabins and beach houses.

Mr. Winkie is a writer who has contributed to Vox, The Washington Post and The Atlantic. He has lived in Brooklyn throughout the pandemic.

My social circle started disintegrating in the spring. One by one, friends, acquaintances and colleagues melted away from their tiny Brooklyn apartments and materialized somewhere else in the country. Here today, gone tomorrow.

Their escapes went largely unannounced — nobody plans a going-away party in the heat of a pandemic — so I pieced together the puzzle through their social media feeds. Plenty of them had perfect rationalizations; nobody holds any animosity for immunocompromised people who felt safer in the suburbs or those who needed to take shelter after losing their job. But other decampments looked far more conspicuous. Their Instagram Stories no longer bore any evidence of the New York I shared with them. Now they were uploading from bucolic log cabins, undisclosed upstate getaways and the two-story houses of wherever “back home” happened to be. (A long way from the Morgan Avenue L train stop, that’s for sure.)

Meanwhile, I lingered in the Crown Heights one-bedroom I share with my girlfriend, as the cacophony of ambulance sirens wailed outside our windows. By the end of summer, it felt like we were the only ones left in the city.

They say you become a New Yorker after 10 years. I moved here in 2016, but I think 2020 should count for extra credit. Nobody will forget the febrile months of March and April, as we learned that our city would represent the first battlefield in America’s Covid outbreak. Life quickly resembled a volatile petri dish; every possibility seemed to be on the table. Would I soon be lying on a makeshift cot in the Javits Center? Or a medical frigate docked at the Manhattan Cruise Terminal?

We made a trip to the local supermarket and bought up several rations of dry black beans that still sit unopened in the upper recesses of our cupboards. The institutional cash-only steakhouse Peter Luger opened exclusively for delivery and takeout. Chaos reigned. People fled.

And now, we’re somehow at the first anniversary of the stay-at-home order. The pandemic has worsened beyond recognition, even as we’ve grown more accustomed to living with it. But with the vaccination rollout, a new presidential administration and a glimmer of light at the end of the tunnel, many of those defectors have started coming home. New York is slowly building back the 5 percent of its population it lost last spring, though the exact number of returning inhabitants is difficult to determine.

It’s strange to watch those same friends, acquaintances and colleagues who abandoned ship orbit back to the city. We see them returning to those same tiny Brooklyn apartments as if nobody noticed their calendar-length disappearance — as if we did not witness the taunting patio cookouts that filled their paper trail while we spent 365 consecutive days counting the dots in the ceiling. I believe I speak for all pandemic-weathered New York City residents when I say that we cannot let these transplants off so easy. This indiscretion shall not stand.

Luckily for you, Mr. De Blasio, I’ve generated a few common-sense proposals that will allow us to get even.

First things first: City Hall should immediately move to enforce a resettlement tax on all returning New Yorkers. The levy will be determined at the very moment they touch down at J.F.K., determined by both their income level and how flagrant their desertion was. (If an exile spent the entirety of the pandemic on the crystal waters between Monaco and Sardinia, they can expect to pay up.) That money will be used to fund a public good ascertained, through a special election, by those of us who never left. I can imagine several issues on the ballot, but I’d cast my vote to finally retrofit the Great Depression-era tech powering our subway, ensuring that no man, woman or child will ever again wait 20 minutes for the M train.

Better yet, New York could mandate a Borough Swap for all returning exiles. It is no secret that a vast majority of escapees resided in the richest neighborhoods in the city — particularly the Upper East Side, SoHo and the West Village. I can think of no better punishment for those folks than some good old-fashioned Brooklyn living. The New York residents who braved Covid would be granted property rights over those empty brownstones for a full year, where they can finally experience a world-class Upper Manhattan autumn in its natural state. In the meantime, the retreating gentry will take up residence in my building, which doesn’t have a doorman, but does have an entirely ineffective radiator and an exterminator who shows up once a month to try to keep the German cockroaches behind the dishwasher at bay.

Naturally, this policy will not extend to anyone who had a reasonable excuse for their abdication. Those who were caring for high-risk family members or who were left without employment because of the pandemic’s fallout shall be granted clemency. Same for those who left the city for a week or two at a time. If you didn’t file a change-of-address form, you’re good. Everyone else is under the gun. We saw the videos from the Joshua Tree ranch, OK? You can’t just march back in here as if you own the place.

Once sufficient contrition is expressed, exiles may return to their normal New York existences, so long as they promise to never vacate the city in its time of need ever again.

Perhaps you believe I am being too petty and that I carry some lingering insecure resentment for sticking it out in a city famous for its cloistering living conditions at a time when everyone was stuck in their homes. Broadly speaking, you’d be absolutely correct. I’m from San Diego originally, and it’s difficult for me to construct an argument that those sun-drenched beach lines wouldn’t have been a healthier place to spend these past 12 months than a second-floor walk-up with no rooftop, backyard or in-building washer/dryer. New Yorkers have a way of recontextualizing every one of their self-inflicted humiliations into misguided triumphs; it’s part of the coping mechanism.

That said, I’ve never identified more with this place than I did in 2020. All the values I was taught about New York, from elementary school onward, came true last year: the solidarity, the saltiness, the stubborn resilience whenever outside voices declare the city dead and buried. I used to think that brand of civic pride was corny and facile, but then I spent a season marching through the wasteland between Bedford and Franklin Avenues, mask cutting into my cheeks, buying a few more cans of tomato soup while we waited to see what the future had in store.

It remains to be seen whether those returning to the city will ever possess the same spirit. I greatly anticipate my housewarming party, which was scheduled for the first week of April last year, because nothing sounds better than to sit, and talk, and drink with everyone I know who made it through this, too. The deserters escaped all the horror that comes with living in America’s largest population center in the middle of a generational crisis, but they’ll also miss out on the brilliant, unchaining joys of what comes afterward, this great unburdening of New York City. I almost feel bad for them. Almost.

Luke Winkie is a writer who has contributed to Vox, The Washington Post and The Atlantic.