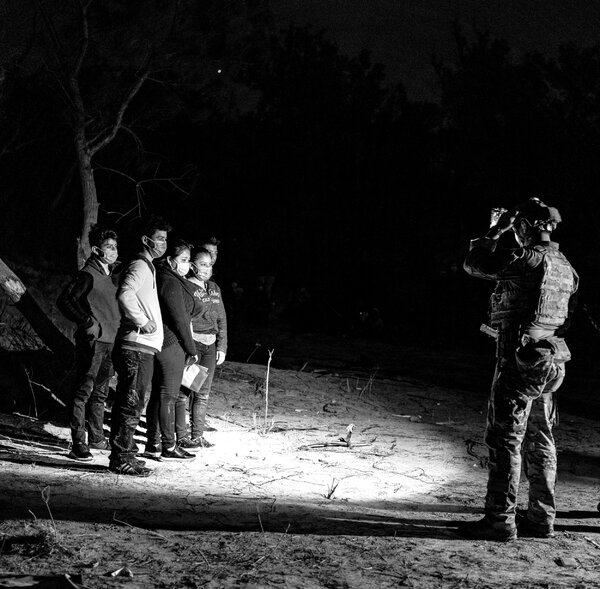 By Thomas B. Edsall

Although public polling on immigration shows a strong shift to the left, survey responses in that vein mask a far more complicated reality. Over and over again, immigration has proved to be politically problematic for Democrats. As far back as 2007, when he was chairman of the House Democratic Caucus, Rahm Emanuel warned that immigration had become the new “third rail of American politics.”

Mary C. Waters, a sociologist at Harvard whose work focuses “on the integration of immigrants and their children, the transition to adulthood for the children of immigrants, intergroup relations, and the measurement and meaning of racial and ethnic identity,” concisely described the immigration paradox in an email:

There is a large intensity difference. In 2020 support for immigration was the highest it’s ever been since 1965 when Gallup first asked the questions. But the people who are opposed to immigration are really opposed.

While those “who favor immigration favor a lot of other issues,” Waters continued,

those who are deeply opposed see immigration as an existential threat. As a national issue immigration motivates anti-immigrant voters in a single-minded way, but pro-immigration voters have a long list of things they support. In that way it works for the right.

Waters is chairman of the National Academy of Sciences panel on the integration of immigrants into American society. Americans, she points out,

are more open to immigration than either the left or the right assumes. But as soon as the issue is framed around race, it can become more polarized. I don’t think liberals understand that as well as they should.

Despite these ostensible leftward trends, however, there is no question that immigration has become a worsening problem for President Biden, and that surging illegal border crossings are weighing down his administration. “A record 1.7 million migrants from around the world, many of them fleeing pandemic-ravaged countries, were encountered trying to enter the United States illegally in the last 12 months, capping a year of chaos at the southern border,” two of my Times colleagues, Eileen Sullivan and Miriam Jordan, reported on Oct. 22.

The percentage of adults who disapprove of Biden’s handling of immigration grew from 39 percent when he took office to 59 percent in late September, according to YouGov tracking surveys. The disappointing showing of Democrats up and down the ticket on Tuesday, in Virginia, in Pennsylvania judicial races and in the closer-than-expected New Jersey governor’s race collectively signal substantial problems for Democrats going forward.

The predicament immigration poses goes well beyond politics. Roger Waldinger, a professor of sociology at U.C.L.A., described the broader implications in an email:

Immigration is an inescapable dilemma for all advanced economies: because they need immigrants; because the rewards for immigration are great (where one lives has a more important impact on income than what one does); and because development puts migration at reach for a growing segment of the world’s population.

As the Gallup world poll has repeatedly shown, Waldinger continued, “a very large share of the world’s population has an interest in migrating abroad,” especially to countries “where migration yields a very significant payoff.”

The incentives are not limited to economics:

In passing from poorer to richer countries the migrants also move to reasonably well functioning societies, where everyday security is taken for granted, the rule of law is observed, officials are generally not corrupt, bureaucracies function in predictable ways, elections are generally honest, and the country’s economic wealth allows for investment in public goods and the maintenance of a safety net that compensate for the material shortcomings of the deprived, even if in ways that fall greatly short of the potential or the desirable.

All of these factors, Waldinger added, “are compounded by the effects of climate change and the political insecurities that are driving displacement worldwide.”