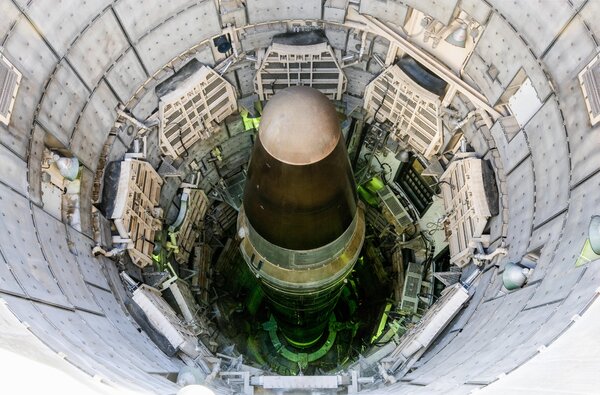 By Gail Collins and Bret Stephens

Ms. Collins and Mr. Stephens are opinion columnists. They converse every week.

Gail Collins: Welcome back from your trip to Greenland, Bret. Dying to hear your impressions. Was it beautiful? Was it … melting?

Bret Stephens: Greenland is a bit like a James Joyce novel: formidable and largely impenetrable. And the ice is definitely melting up there — which I’ll get to in the long feature I’m writing about the trip.

Gail: Been looking forward to that since you left.

Bret: But we’ve missed so much since our last conversation! The Joe Biden comeback. The Mar-a-Lago blowback. The Liz Cheney takedown. Where should we start?

Gail: Let’s begin with Biden. I’ll admit that the Inflation Reduction Act was perhaps not the perfect name for his bill, but what a moment for his presidency! First time the country’s ever taken a big, serious step toward combating global warming. And for once, I can imagine future generations looking back on what we’ve done and cheering.

Bret: I agree that the bill is misnamed. It probably would have been better called the West Virginia Special Perks Act, after all the goodies Joe Manchin stuffed into it for his home state, or the Elon Musk Additional Enrichment Act, given all the tax rebates for buying electric vehicles. On top of that, I doubt that history will look back on the legislation as some kind of turning point in addressing climate change, given that China emits more than twice the carbon dioxide that the United States does.

But Biden — or maybe I should say Chuck Schumer — has certainly rallied his party and given it a sense of accomplishment before the midterms. On the other hand, there’s the raid on Mar-a-Lago, which struck me as really, really ill-advised. Tell me I’m wrong.

Gail: Well, I sorta hated that it created so many headlines during a week when Biden should have been getting all the attention for his accomplishments. And I know Donald Trump is getting a lot of sympathy from his fans. But, hey, if he’s been sitting on top of secret documents, possibly including some having to do with, um, nuclear weaponry, I want the country to know about it.

Bret: We obviously have to withhold judgment till we know more, but color me skeptical on the claim about nuclear weaponry.

Gail: Understood. But while I am not yet quite prepared to envision our former president somehow selling our secrets to foreign governments, in this case it’s not so totally inconceivable that you wouldn’t want the feds to move quickly.

Bret: Gail, do you remember the line from “Raising Arizona,” when Nicolas Cage says to Holly Hunter, “There’s what’s right and there’s what’s right, and never the twain shall meet”? That seems like a pretty good description of Merrick Garland’s predicament.

Gail: Love it when you do those quotes.

Bret: On one hand, Trump continued to prevaricate and resist repeated requests to return the documents, in flagrant disregard for the rule of law. On the other, as a result of the search he’s consolidated support among Republicans who seemed to be drifting away just a few weeks ago. He’s turned the media spotlight away from Biden and back to himself. He’s created a new field of theories and conspiracies about what the government was really after.

In short, Garland gave Trump precisely what he wanted. And if the Justice Department can’t show that Trump was hiding something truly sensitive or explosive — like, proof that he was in direct personal contact with the Oath Keepers before Jan. 6 — I fear Garland’s going to emerge the loser from this encounter.

Gail: When in doubt, my all-purpose rule in understanding things Trump is to follow the stupendous Maggie Haberman, one of our great White House correspondents. Her analysis covers several possible explanations for the document-piling, all of them based on general stupidity. Maybe he wanted them as extremely high-end mementos. Maybe it’s his habit of hoarding papers. Or just his cosmic view of the world, that “everything he touches belongs to him,” as a lawyer Maggie talked to put it.

Bret: With Trump, the line between the shambolic and the sinister is often blurred. His entire being is like Inspector Clouseau doing an impression of Jack Nicholson in “The Shining,” or maybe vice versa.

Gail: But whatever the motive, we can’t allow him to set this kind of precedent for handling presidential documents.

Bret: I’m all for returning government documents to their rightful place, but if this helps return Trump to the White House I’d say it’s a bad bargain.

Gail: We’ll see what happens next. Meanwhile, there’s another big political saga underway. Liz Cheney lost her primary, as everybody expected. What’s next for her?