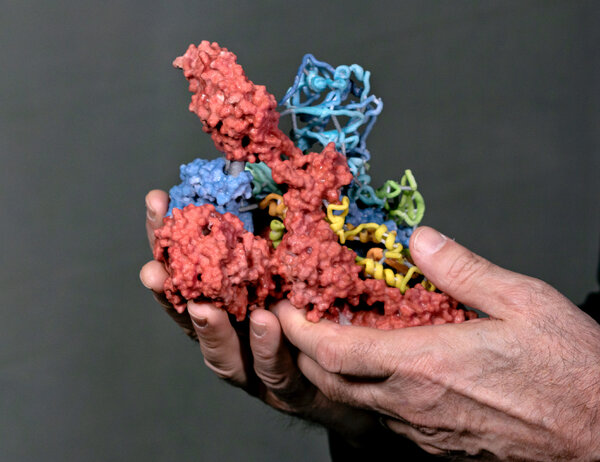 Re “Decades of Discoveries Before ‘Miraculous’ Sprint to a Vaccine” (front page, Jan. 16):

I was riveted by Gina Kolata and Benjamin Mueller’s article about the years of research that ultimately led to Covid-19 vaccines. The twists, dead ends, chance encounters and aha moments read like a thriller, but the authors also convey the painstaking, lengthy, often anonymous slog that scientists endure to make these discoveries.

Readers who might waver on the necessity of international collaboration, generous funding of basic research or open exchange of scientific information would do well to take this article to heart. And thanks to the authors’ lucid explanations, I finally have a reasonable grasp of mRNA, coronavirus “spikes” and how these vaccines actually work.

Wendy A. Horwitz
Philadelphia
The writer is an adjunct instructor of bioethics and medical humanities at Penn State University.

There was an egregious omission in your otherwise informative article on the science behind the mRNA vaccines. Before anyone could even consider using any RNA for therapeutics, there needed to be a method to make large amounts of any RNA at will. Such RNAs are made routinely using a method called in vitro transcription, in which an enzyme copies a section of DNA into RNA.

The method used both by Moderna and Pfizer-BioNTech relies on fundamental studies pioneered by F. William Studier and his late colleague John Dunn at Brookhaven National Laboratory on Long Island. Without their efforts, there would be no mRNA therapeutics and certainly no vaccine. While all the subsequent steps were important, Dr. Studier and Dr. Dunn deserve credit for making the vaccine possible in the first place.

Venki Ramakrishnan
Cambridge, England
The writer, a senior scientist at the MRC Laboratory of Molecular Biology, shared the 2009 Nobel Prize in Chemistry and is a former president of the Royal Society, the British science academy.

Since the beginning of the Covid pandemic and the assault on medicine and science by Donald Trump and many Republicans, most of the Covid-19 news published by The Times has been depressing. But the remarkable story about how mRNA vaccines were made — that a group of scientists would labor in obscurity for so long in order to create this miracle — was incredibly inspirational.