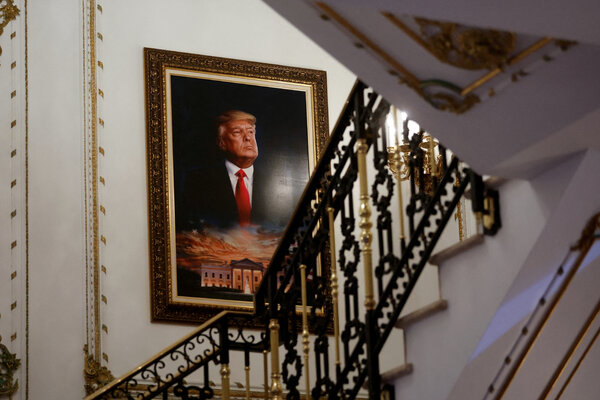 There was a pattern with Donald Trump during the 2016 presidential election. He would say or do something outrageous and often quite offensive. Most people condemned him and the remarks themselves. Republicans took a different approach. They condemned the remarks, but avoided an attack on Trump the person.

You saw this in full effect during Republican primary season, when Trump refused to disavow support from David Duke, the former Ku Klux Klan leader and Republican candidate for senator and governor in Louisiana. Both leaders of the congressional Republican Party, Mitch McConnell and Paul Ryan, condemned Duke.

“If a person wants to be the nominee of the Republican Party, there can be no evasion and no games,” Ryan said. “They must reject any group or cause that is built on bigotry. This party does not prey on people’s prejudices.”

“There has been a lot of talk in the last 24 hours about one of our presidential candidates and his seeming ambivalence about David Duke and the KKK, so let me make it perfectly clear,” McConnell said. “That is not the view of Republicans who have been elected to the United States Senate, and I condemn his views in the most forceful way.”

As for Trump, who led the field for the nomination? “My plan is to support the nominee,” Ryan said. McConnell was not ready to commit at that point, but in short order, he bent the knee too.

Trump is once again running for the Republican presidential nomination. Once again, though this time as the former president of the United States, he has the automatic support of a large part of the Republican Party base, as well as a large faction of Republican politicians, from state lawmakers to top members of the House of Representatives. And once again he has forced members of his party to make a choice about his rhetoric and behavior: Will they condemn his actions and cast him out or will they criticize his choices but allow him the privilege of leadership within the party?

The offense this time? As you may have heard, Trump held a pre-Thanksgiving dinner with Kanye West, who has turned himself into arguably the nation’s most prominent antisemite, and Nick Fuentes, a far-right provocateur whose supporters, called groypers, were among the crowd that stormed the United States Capitol on Jan. 6, 2021.

Trump, for his part, claims he knew nothing about Fuentes, who is an antisemite, a Holocaust denier and a white supremacist. “This past week, Kanye West called me to have dinner at Mar-a-Lago,” Trump said in a statement on Friday. “Shortly thereafter, he unexpectedly showed up with three of his friends, whom I knew nothing about.”

This is hard to believe. Trump has had links to the far right going back to his first presidential campaign. Whether out of belief or, more likely, out of his extreme narcissism, he has refused to disavow his supporters on the fringes of American politics. And as we all know, he encouraged them outright in his attempt to hold onto power after his defeat in the 2020 presidential election. Trump may not have known about Fuentes in particular — although I think that is doubtful, given Fuentes’s proximity to Republican politics — but he certainly knows the type.

It took Republican leaders a few days to muster the energy to respond to the meeting. But on Monday afternoon, a cascade of high-level Republican officeholders criticized Trump for meeting with Fuentes.

Mike Pence, Trump’s vice president, made a stern statement: “President Trump was wrong to give a white nationalist, an antisemite and a Holocaust denier a seat at the table. I think he should apologize for it, and he should denounce those individuals and their hateful rhetoric without qualification.”

John Thune, the Senate minority whip, said that the dinner was “just a bad idea on every level. I don’t know who was advising him on his staff but I hope that whoever that person was got fired.” And Senator Lindsey Graham of South Carolina told reporters that “The meeting was bad, he shouldn’t have done it. But again, you know, there’s a double standard about this kind of stuff.”

You’ll notice, in all of this, that while Republicans are willing to condemn Fuentes and Ye and Trump’s decision to eat dinner with them, they are not willing to go so far as to draw any conclusions about Trump himself. Even Pence — who had, in this group, the strongest words for Trump — took care not to impute any malice to his former boss. “I don’t believe Donald Trump is an antisemite. I don’t believe he’s a racist or a bigot,” he said. “I think the president demonstrated profoundly poor judgment in giving those individuals a seat at the table.”

One of the few Republicans to condemn Trump as a person and a political figure was Mitt Romney who, notably, no longer has any national ambitions beyond the Senate. “There’s no bottom to the degree to which he’s willing to degrade himself, and the country for that matter,” said Romney, who also called the dinner “disgusting.”

Among those Republicans who have been silent on the matter so far, the most conspicuous is Ron DeSantis, the governor of Florida, where the dinner took place. DeSantis is often eager to jump into national political controversies. But he’s also Trump’s rival for control of the Republican Party and eager to court (and win) the former president’s supporters.

Recently, there has been quite a bit of talk about the extent to which Republicans are leaving Trump behind and how they’ve tried to ignore his complaints and keep their distance. But this episode demonstrates the extent to which that distance — the distance between Trump and the Republican establishment — is overstated.

Trump can still force the rest of the party to respond to him; he can still force it to contend with his rhetoric and his actions. And most important, his influence still constrains the behavior of other Republicans — rivals, allies and everyone in between. Trump is still at the center of the Republican political universe, exerting his force on everybody around him.

I have no doubt that Republican elites want to rid themselves of Trump, especially after their poor performance — historically poor — in the midterm elections. But what we’re seeing, right now, is how that is easier said then done; how, even in the face of the worst transgressions, Trump still has enough power and influence to make the party hesitate before it attempts to take action — and pull punches when it does. It’s the same hesitation and fear that helped Trump win the nomination in 2016. And if Republicans cannot overcome it, it will help him win it again in 2024.