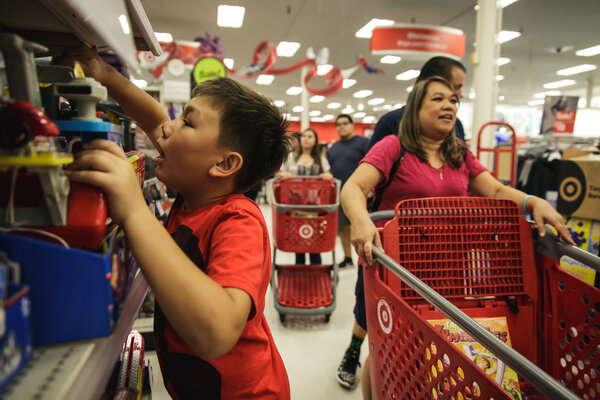 Mr. Zandi is the chief economist at Moody’s Analytics, where he directs economic research and risk analysis.

Covid-19 continues to call the shots in our economy. This past summer, the Delta variant slowed growth and juiced up inflation. After Delta receded, growth rebounded. With the Omicron variant now spreading across the globe, the next few weeks will give us a sense of how much economic peril lies ahead.

While today’s Consumer Price Index report showed inflation rose in November to 6.8 percent for the previous 12 months, there’s compelling evidence that inflation has peaked. Even with the risks of Omicron and other variants to come, there’s reason for optimism that the economy will return to full employment with comfortably low inflation by this time next year.

Booming holiday sales are a clear sign of the economy’s resilience. So far, sales couldn’t be better. It is almost certain that spending on holiday gifts will increase at a double-digit pace over last year (a none-too-shabby year for sales in its own right). Some of the sales strength reflects higher prices. But even after inflation is accounted for, this holiday season may end up among the best, if not the best, ever.

American families should let loose this holiday season. Why? For one thing, a quickly improving job market that has created well over half a million jobs a month this year. If this pace holds, by this time next year, the economy will have regained all the jobs lost during the pandemic, plus those that would have been created if there never had been one.

Given the near-record number of open job positions, there is good reason to think that businesses will continue to add aggressively to their payrolls. The unemployment rate has been falling fast and will soon be back, consistent with a full-employment economy.

Most families — particularly those with higher incomes — have socked away extra savings during the pandemic. This partly reflects the prodigious government support, from stimulus checks to extra unemployment insurance, for those hit hardest by the pandemic.

The savings also reflect that, to avoid getting sick, many Americans have forgone spending on travel, eating out, attending ball games and concerts, commuting and dry cleaning. These extra savings of about $2.7 trillion amount to more than two months of after-tax family income.

Then there’s the parabolic increase in the value of every asset we own. House prices surged to new highs from coast to coast. Stock prices have posted records all year. The increase in cryptocurrency prices is stratospheric. Those two-thirds of Americans who are fortunate to own their homes, the half who own at least some stocks and the most intrepid among us who own crypto have never been wealthier.

Despite all of this, many Americans feel pessimistic about the economy. Consumer sentiment, a measure of how people are feeling about the economy and their own financial situation, has slumped badly since Delta. One prominent sentiment survey is as weak as it has been since the pandemic first hit.

The problem is the surge in inflation. Consumer price inflation in November accelerated to its highest pace since the runaway inflation of the early 1980s. The price of nearly everything, from a tank of gasoline to a jar of peanut butter to rent, is up a lot. Many Americans have never experienced high inflation — and it is unnerving.