Produced by ‘The Argument’

The death penalty — and the morality behind it — has long divided America. Joe Biden is the first sitting president in our nation’s history to openly oppose capital punishment. By comparison, his predecessor oversaw the executions of 13 people between July 2020 and the end of his tenure.

[You can listen to this episode of “The Argument” on Apple, Spotify or Google or wherever you get your podcasts.]

In light of the Department of Justice’s recent moratorium on federal executions, Jane and her guests question the morality of capital punishment through a religious lens. Elizabeth Bruenig, a staff writer at The Atlantic, was raised Catholic and stands against it, while David French, the senior editor of The Dispatch, argues that there are situations where it is the only just form of punishment.

Mentioned in this episode:

“The Man I Saw Them Kill,” by Elizabeth Bruenig for The New York Times Opinion section in December 2020.

“Not That Innocent,” by Elizabeth Bruenig for The Atlantic in June 2021.

“The Death Penalty Helps Preserve the Dignity of Life,” by David French for National Review, published in August 2018. 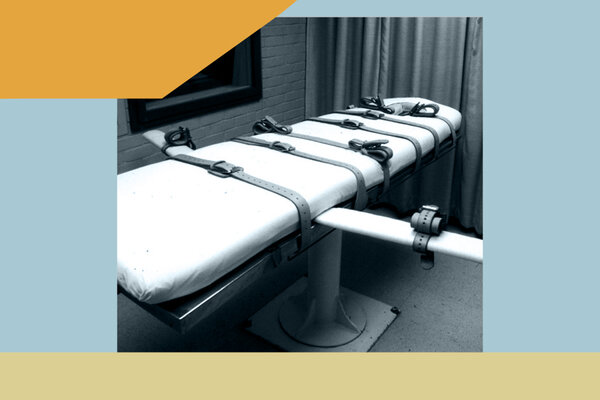 Thoughts? Email us at [email protected] or leave us a voice mail message at (347) 915-4324. We want to hear what you’re arguing about with your family, your friends and your frenemies. (We may use excerpts from your message in a future episode.)

By leaving us a message, you are agreeing to be governed by our reader submission terms and agreeing that we may use and allow others to use your name, voice and message.

“The Argument” is produced by Phoebe Lett, Elisa Gutierrez and Vishakha Darbha, and edited by Alison Bruzek and Paula Szuchman; fact-checking by Kate Sinclair; music and sound design by Isaac Jones; additional mixing by Carole Sabouraud; audience strategy by Shannon Busta. Special thanks to Kristin Lin.