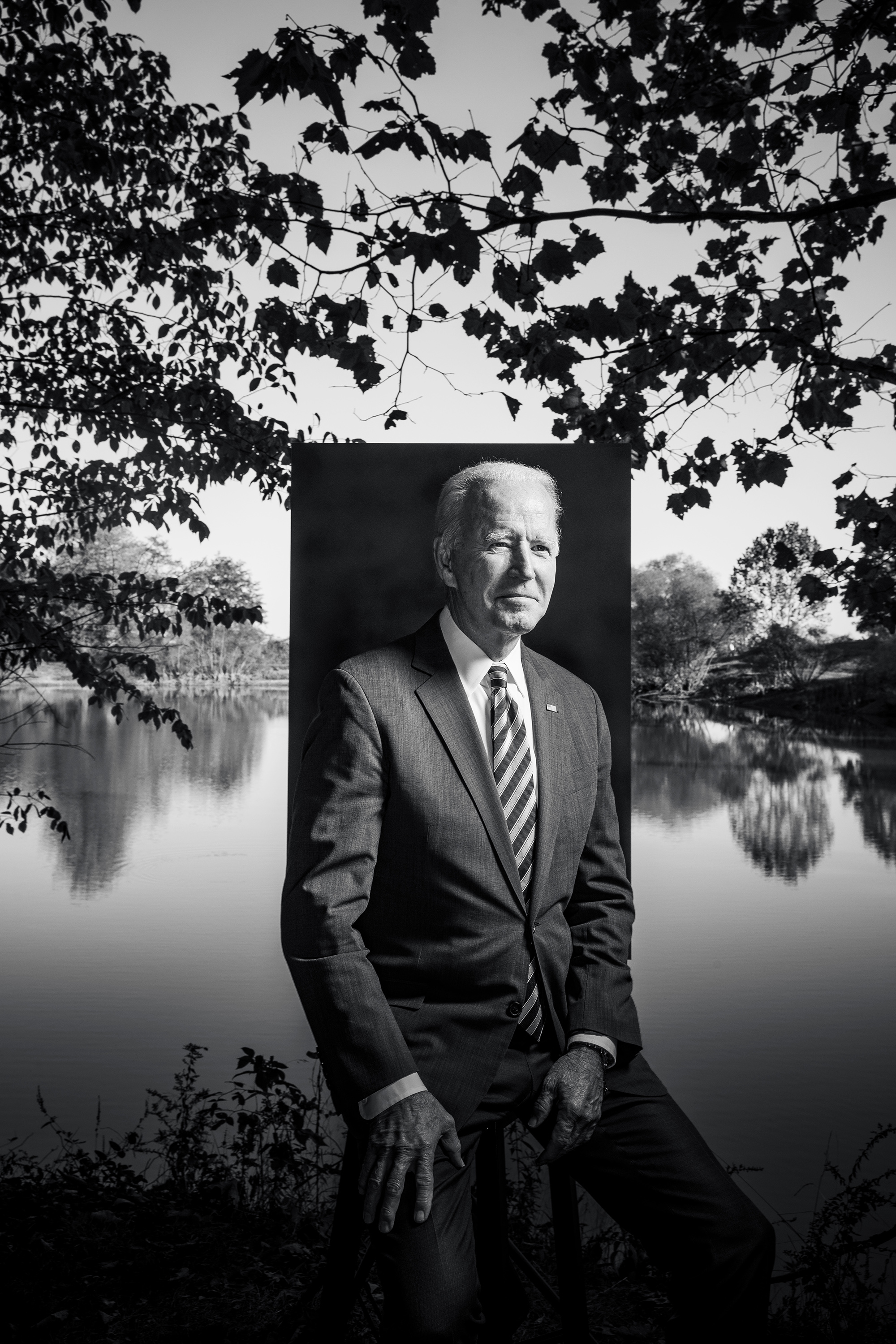 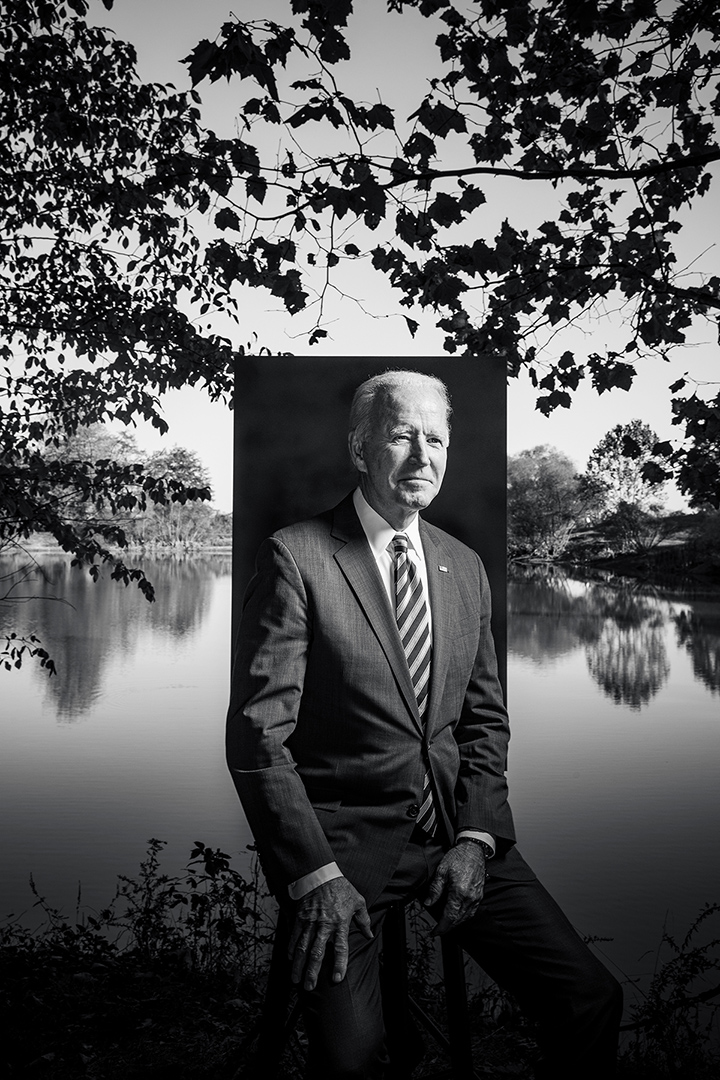 The former vice president is the leader
our nation needs now.

The former vice president is the leader
our nation needs now.

The former vice president is the leader our nation needs now.

By The Editorial Board

The editorial board is a group of opinion journalists whose views are informed by expertise, research, debate and certain longstanding values. It is separate from the newsroom.

Joe Biden has vowed to be a president for all Americans, even those who do not support him. In previous elections, such a promise might have sounded trite or treacly. Today, the idea that the president should have the entire nation’s interests at heart feels almost revolutionary.

Mr. Biden has also vowed to “restore the soul of America.” It is a painful reminder that the country is weaker, angrier, less hopeful and more divided than it was four years ago. With this promise, Mr. Biden is assuring the public that he recognizes the magnitude of what the next president is being called upon to do. Thankfully, he is well suited to the challenge — perhaps particularly so.

In the midst of unrelenting chaos, Mr. Biden is offering an anxious, exhausted nation something beyond policy or ideology. His campaign is rooted in steadiness, experience, compassion and decency.

A President Biden would embrace the rule of law and restore public confidence in democratic institutions. He would return a respect for science and expertise to the government. He would stock his administration with competent, qualified, principled individuals. He would stand with America’s allies and against adversaries that seek to undermine our democracy. He would work to address systemic injustices. He would not court foreign autocrats or give comfort to white supremacists. His focus would be on healing divisions and rallying the nation around shared values. He would understand that his first duty, always, is to the American people.

But Mr. Biden is more than simply a steady hand on the wheel. His message of unity and pragmatism resonated with Democratic voters, who turned out in large numbers to elevate him above a sprawling primary field.

His team has put together a bold agenda aimed at tackling some of America’s most pressing problems. The former vice president is committed to working toward universal health care through measures such as adding a public option to the Affordable Care Act — which he played a significant role in passing — lowering the age for Medicare eligibility to 60 years old and cutting the cost of prescription drugs. He recognizes the fateful threat of climate change and has put forward an ambitious, $2 trillion plan to slash carbon emissions, invest in a green economy and combat environmental racism.

Mr. Biden will not be morphing into an ideological maximalist any time soon, but he has acknowledged that the current trifecta of crises — a lethal pandemic, an economic meltdown and racial unrest — calls for an expanded governing vision. His campaign has been reaching out to a wide range of thinkers, including former rivals, to help craft more dynamic solutions. In midsummer, he rolled out an economic recovery plan, dubbed “Build Back Better,” with proposals to bolster American manufacturing, spur innovation, build a “clean-energy economy,” advance racial equity and support caregivers and educators. His plan for fighting the coronavirus includes the creation of a public health jobs corps. Progressives who want even more from him should not be afraid to push. Experience is not the same as stagnation.

Mr. Biden has a long and distinguished record of accomplishment, including, as a senator, co-sponsoring the landmark Violence Against Women Act of 1994 and, as vice president, overseeing the American Recovery and Reinvestment Act of 2009, passed in response to the Great Recession. In a 2012 interview on “Meet the Press,” his remarks in support of gay marriage — which blindsided the Obama White House and caused a public kerfuffle — proved a watershed moment for the cause of equality. In 1996, Mr. Biden had voted as a senator in favor of the Defense of Marriage Act, which prohibited federal recognition of same-sex marriages, making his evolution on the issue particularly resonant.

He has an unusually rich grasp of and experience in foreign policy, which, as traditionally understood, has not played a central role in the presidential race — though the pandemic, the climate crisis, a more assertive China and disinformation wars against the American public argue strongly that it should. The next president will face the task of repairing the enormous damage inflicted on America’s global reputation.

Mr. Biden has the necessary chops, having spent much of his career focused on global concerns. He not only took on thorny diplomatic missions as vice president, he also served more than three decades on the Senate Foreign Relations Committee. Aware that an “America First” approach in reality amounts to “America alone,” he would work to revive and refurbish damaged alliances. He has the respect and trust of America’s allies and would not be played for a fool by its adversaries.

Certainly, not all of Mr. Biden’s foreign policy decisions through the decades look sage in hindsight, but he has shown foresight in key moments. He fought a rear-guard action in the Obama White House to limit the futile surge in Afghanistan. He was against the 2011 intervention in Libya and skeptical of committing American troops to Syria. He opposed renewing the Foreign Intelligence Surveillance Act in 2007 and 2008 because it gave the government too much power to spy on Americans. He’s supported closing the prison at Guantánamo Bay. Little wonder that he has the backing of a who’s who of the foreign policy community and national security officials from both parties.

Mr. Biden is not an ideological purist or a bomb-thrower. Some will see this as a shortcoming or hopelessly naïve. Certainly, it’s unlikely that if Republicans retain control of the Senate, their leader, Mitch McConnell, will abandon his policy of fanatical obstructionism of any Democratic president.

That said, as the emissary often dispatched by President Barack Obama to deal with Republican lawmakers during tough legislative fights, Mr. Biden has intimate experience with the partisan gridlock crippling Congress. He knows how the levers of power work on both ends of Pennsylvania Avenue, and he has longstanding relationships with members from both parties. More than any of this cycle’s other presidential hopefuls, he offered weary voters a chance to see whether even a modicum of bipartisanship is possible.

He is also offering a glimpse of the Democratic Party’s future in his choice of running mate, Senator Kamala Harris of California. Ms. Harris would become a number of firsts — a woman, a Black person and an Asian-American — as vice president, adding history-making excitement to the ticket. A former prosecutor, she is tough, smart and can dismantle a faulty argument or political opponent. She is progressive, but not radical. In her own presidential campaign, she presented herself as a unifying leader with center-left policy proposals in a mold similar to Mr. Biden, albeit a generation younger. Mr. Biden is aware that he no longer qualifies as a fresh face and has said that he considers himself a bridge to the party’s next generation of leaders. Ms. Harris is a promising step in that direction.

If he wins election, Mr. Biden will need to take his governing agenda to the people — all of the people, not just his party’s loudest or most online voices. This will require persuading Americans that he understands their concerns and can translate that understanding into sound policy.

Mr. Biden has a rare gift for forging such connections. In his younger days, he, like so many senators, could be in love with the sound of his own voice. Time and loss have softened his edges. He speaks the language of suffering and compassion with a raw intimacy. People respond to that, across lines of race and class — ever more so in this time of uncertainty. The father of the police-shooting victim Jacob Blake described his phone conversation with Mr. Biden as full of “love, admiration, caring,” in one of many recent examples of the former vice president’s hard-earned empathy.

Mr. Biden knows that there are no easy answers. He has the experience, temperament and character to guide the nation through this valley into a brighter, more hopeful future. He has our endorsement for the presidency.

Mr. Biden isn’t a perfect candidate and he wouldn’t be a perfect president. But politics is not about perfection. It is about the art of the possible and about encouraging America to embrace its better angels.