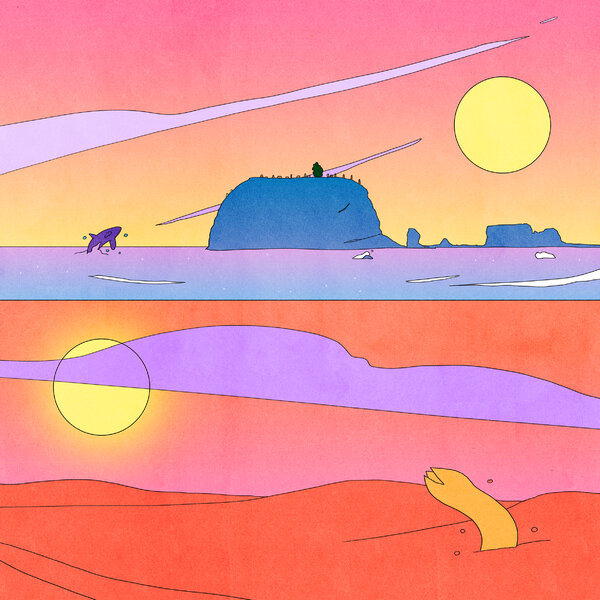 Mr. Immerwahr is a professor of history at Northwestern and the author of “How to Hide an Empire: A History of the Greater United States.”

The planet, or what’s left of it, is barely recognizable. Once verdant, it’s now a parched wasteland. The rich shelter in air-conditioned bubbles, leaving everyone else to face the storms and sand.

This vision of climate apocalypse is all too familiar today, but in 1963, when Frank Herbert started serializing his science-fiction epic “Dune,” it was deeply strange. The novel’s story of a planet that had become a desert — replete with psychedelic drugs, mystical visions and political assassinations — fit awkwardly with the chart-toppers of its time: “Surfin’ U.S.A.,” “Mary Poppins” and “The Beverly Hillbillies.”

Still, the dark novel gained a cult following and, eventually, millions of devoted readers. Denis Villeneuve’s star-studded film adaptation is being released this week, and it’s receiving not just critical acclaim but also appreciation for the “clear contemporary relevance” of its ecological themes. Mr. Herbert’s tale of climate change no longer seems odd. It is in many ways the story of our time.

How did Mr. Herbert foresee our predicament? The environmentalism of “Dune” had a source close to home. Native communities had suffered some of the worst environmental harms in the midcentury United States, and Mr. Herbert had close contacts among the Quileute and Hoh peoples of the Olympic Peninsula in Washington State. Indigenous environmentalists alerted him to how much damage industrialism had wrought. They warned him that it could become planetary in scope, a warning that he passed on in his influential novel.

Mr. Herbert was interested in Native American issues from the start. While fishing near his home in Western Washington as a youth, he met a Hoh man he described as “Indian Henry,” who “semi-adopted” him for two years and taught him “the ways of his people,” Mr. Herbert told his son and biographer, Brian Herbert. This was almost certainly Henry Martin, known also as Han-daa-sho, a fisherman who had suffered police harassment while living on the Quileute reservation in La Push, a village on Washington’s Pacific Coast.

What lessons did Mr. Martin teach Frank Herbert? In the 1970s, Mr. Herbert wrote a novel, “Soul Catcher,” seemingly based on their relationship, that offers some clues. It follows an older Hoh man who teaches a white teenager to subsist from the land. He also explains how white people had stolen Hoh lands, harassed Hoh people and logged the forests.

Mr. Herbert’s education continued via his close friendship with the environmentalist Howard Hansen. Mr. Hansen, also called cKulell, was raised in La Push. He wasn’t an enrolled member of the Quileute Nation (his parentage was obscure), but he conducted his life “based on Quileute Indian teachings,” he wrote. A Quileute elder, Lester Payne, helped train him in Quileute lore, making him as a cultural repository for the small tribal nation.