Overzealously fighting inflation to help lower-income workers might actually do the opposite. 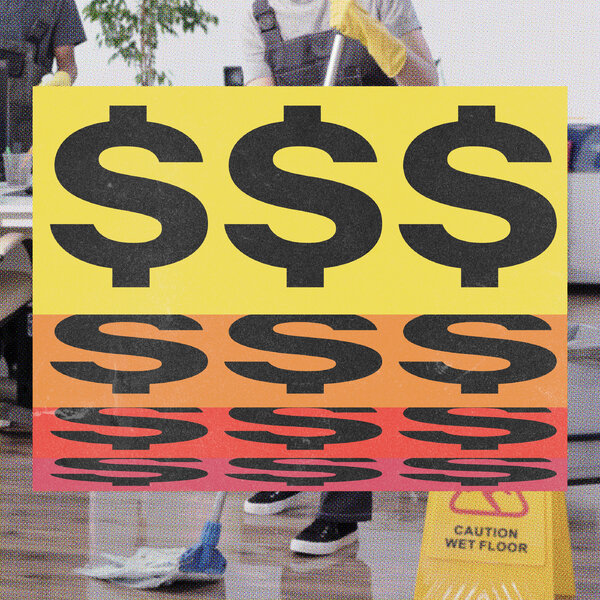 The central economic debate in the United States right now is how aggressive the Federal Reserve should be in its effort to reduce inflation. Few economists are arguing against the need for higher interest rates to reduce demand, but there are trade-offs, at least in the near term. If monetary policy is too tight, we may have an unnecessary recession; if it’s not tight enough, inflation will persist, and maybe get entrenched in people’s expectations, so it will become harder to reduce later.

Also, there’s a question of where to stop: Even some economists who have been relatively hawkish, like Olivier Blanchard, former chief economist of the International Monetary Fund, have been arguing that getting inflation back down to 3 percent, rather than the current target of 2 percent, would be good enough.

To a large extent, we’re talking here about balancing risks. But how you weigh these risks depends in part on how bad you think inflation really is. And one argument I’ve been seeing a lot lately is that inflation is bad because it falls especially heavily on households with low incomes.

But is that claim correct? It sounds as if it should be true. And it’s all too easy to find scenes of uneven hardship in today’s America, with the 1 percent or even the upper middle class still living the good life while low-wage workers desperately seek help from food banks.

Inequality, however, isn’t something that just happened in the past two years; you could have found such scenes any time over the past few decades, even when inflation was low. And to the extent that low-income families are facing more hardship than they did a year ago, much of that can be attributed to the expiration of pandemic-era aid, especially the expanded Child Tax Credit.

So what can we say about the effects of inflation, specifically, on low-income families? What the data seem to say is that such families have actually been hurt less than families with higher incomes. True, as I’ll explain in a minute, there’s an asterisk on this conclusion, because not everyone faces the same rate of inflation. But there’s also an asterisk on this asterisk.

First, let’s note a key fact about the past two years: This era of surging inflation has also been an era of very tight labor markets. And tight labor markets typically lead to wage compression — that is, bigger wage increases at the bottom than at the top.

You can see this phenomenon clearly in data from the Atlanta Fed’s wage growth tracker, which among other things calculates annual hourly wage growth by quartile — quarters of the wage distribution:

As you can see, recent wage growth has been consistently faster for lower quartiles. Over the past year hourly wages for the first, or lowest, quartile have almost kept up with inflation, while falling well short of inflation for better-paid workers.

The labor economist Arindrajit Dube has estimated hourly wage changes — by decile rather than quartile — over a longer period, since the beginning of the pandemic recession. He finds that real wages for the bottom 40 percent of workers have actually increased:

A somewhat different measure comes from Realtime Inequality, run by economists at the University of California, Berkeley, which estimates changes in real factor income. Unlike hourly wage estimates, these numbers are affected by changes in employment and the number of hours worked; they also include nonwage income such as the profits of business owners and returns on investment. But they tell much the same story, of significant gains for the bottom half of the income distribution since January 2021:

It’s true that the top 10 percent has also done well, probably reflecting higher profits. But again, lower-paid workers seem to have done relatively well in the face of inflation.

So is the idea that inflation especially hurts low-income families a myth? Well, as I mentioned, there’s an asterisk here. We normally measure inflation using the Consumer Price Index, which tracks the cost of the goods and services purchased by the average family. But lower-income families spend a higher than average share of their income on food and energy, which are also the categories that have seen the most inflation recently:

My rough calculations suggest that even when you take these food and energy costs into account, lower-income families have done better, not worse, than others, at least in terms of inflation’s effects. But it does lessen that difference somewhat.

And there is, as I also suggested, an asterisk on the asterisk. What we’re really arguing about is U.S. policy — and the exceptional rise in food and energy prices is neither a result of U.S. policy nor likely to be much affected by American policy going forward. Put it this way: If you want to blame the president for high food prices, the president you should be blaming is named Vladimir Putin.

None of this says that the Fed shouldn’t be trying to reduce inflation. But you shouldn’t invoke the plight of the poor as a reason for tight money. If anything, tight money, by leading to more slack in labor markets and therefore more unemployment, will disproportionately hurt lower-wage workers.

The gasoline price spike is over.

So is the rent spike.