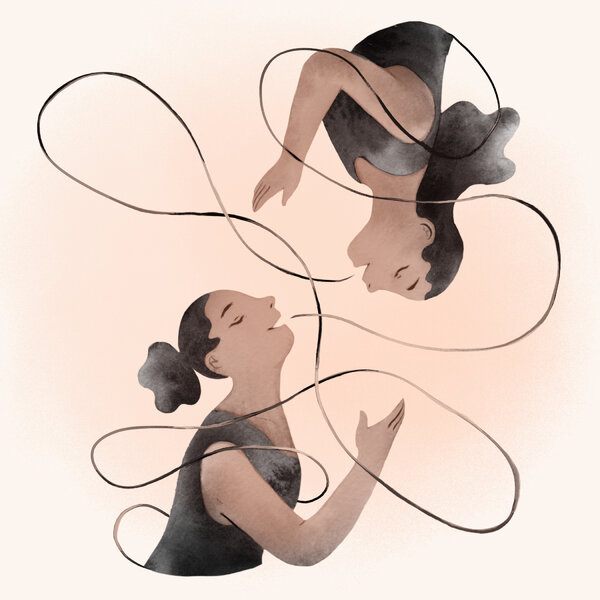 Re “In Real Life, Not All Interruptions Are Rude,” by Deborah Tannen (Opinion guest essay, Sept. 27):

Ms. Tannen defends those who habitually interrupt and talk over other people as performing something she calls “cooperative overlapping” if the interrupter’s intent is to show “enthusiastic engagement.” But she doesn’t go far enough when she acknowledges that “Don’t interrupt me” is “sometimes a reasonable request.”

No, “Don’t interrupt me” is always a reasonable request — and the only proper response is to stop interrupting. If the interruptions continue, that’s rudeness, not cooperation.

Over the past year and a half, Zoom get-togethers, which tend to allow each person to speak without interruption, have reinforced just how annoying “conversation hijackers” can be.

When I’m listening to an intelligent, experienced person speaking engagingly about a subject, I can’t understand why others think they should interrupt the speaker with their own tale. Add to it? Fine. But negate the speaker? Not fine.

And yes, I agree, it is cultural. I remember coming home to Thanksgiving my freshman year in college, where I been away from the free-for-all “conversations” of my large, opinionated family. The discourse had become so frenetic that I stood up and yelled, “Is it not possible for one person in this family to get from a capital letter to a period without interruption?”

They had no idea what I was talking about.

Joseph Lovett
New York
The writer is a documentary filmmaker whose job entails listening to the people he interviews.

Deborah Tannen aptly names the practice of “cooperative overlapping” as a dynamic interactive engagement among those interested and/or passionate about the conversation, however culturally derivative.

Ms. Tannen fails, however, to mention the most glaring challenge to what might be “cooperative overlapping”: men. In any group dynamic, vocal, interrupting men are typically viewed as intelligent leaders while women behaving exactly the same way are seen as aggressive and rude.

It is no wonder women err on the side of giving ground to the man in the room who jumps in to say exactly what she might have said if only he had allowed her.

While, as Ms. Tannen implies, there is a beauty to cooperative overlap, until men learn to pause before speaking and allow other (female) voices to fill the space before they jump in, the overlap is beyond rude, it is gender oppressive.

Elizabeth Wolfson
Santa Barbara, Calif.
The writer is a psychotherapist.

Deborah Tannen’s piece on “cooperative overlapping” talking made my day. I treasure full, rich conversation above almost anything.

As one who is more often told to stop interrupting, I say: “No, I am breathing air into the balloon of discourse. Please, don’t just sit there dragging at the string with your silence. How often do we get the opportunity to toss words and ideas with a group fully engaged and open to listening and to sharing?”

Words spilling over each other, back and forth, tumbling, crashing, cheering, opposing. I say there seldom is enough talking, never too much!

I’ve worked in the New York office of a British publisher for a quarter century, and Deborah Tannen’s piece about “cooperative overlapping” rang very true. I’ve come to think of these different conversational styles as ladders with varying distances between the rungs.

In New York, the rungs are close together, and people in conversation scramble up them quickly, with little empty space between rungs. In Britain, regardless of how quickly people might speak, there’s more open air and a slower tempo.

And some people are simply rude, self-absorbed and oblivious to others.

‘When You Live Your Values While at Work’

Re “Our Relationship to Work Is Broken,” by Jonathan Malesic (Opinion guest essay, Sunday Review, Sept. 26):

Mr. Malesic makes many good observations, all in the service of one big point: Often our jobs enable most of us to pay for life’s necessities, but otherwise lack much to recommend them from a values standpoint.

But many other career paths are far different, including my own: I’m a freelance grant writer for nonprofits, and except for summer jobs as a teenager I’ve worked only for nonprofits for 40 years and counting.

The truth is, when you live your values while at work — when you’re making a living while making a life — you gain a much more integrated existence and it is highly gratifying. As a bonus, you won’t dread Mondays but instead look forward to them.

Moreover, this leaves the mental time and physical energy to “improve the world” in so many other respects, including trying to secure better pay and working conditions for those who aren’t so lucky with their jobs or careers.

A Maximum Age for Presidents

Gail Collins doesn’t mind having a 78-year-old president. I do mind. As a senior (very senior) citizen, I realize that one’s mental processes in old age are not as sharp as they once were.

Both parties have been promoting elderly candidates. Where is the younger blood that we need?

In this article on Stephanie Grisham’s book, “I’ll Take Your Questions Now,” Donald Trump has a predictable response. In a statement, he said, “Like everyone else, she gets paid by a radical left-leaning publisher to say bad and untrue things.”

I’m not sure which is more laughable: his go-to accusation for every critic, or the fact that said publisher is HarperCollins, owned by News Corp., which like Fox News is part of the Murdoch empire.

Robert Kraft
Encino, Calif.
The writer was president of Fox Music from 1994 to 2012.

“The Covid Crisis Becomes a Garbage Problem’’ (Science Times, Sept. 28) covered a plastic waste crisis unfolding around the world, but did not mention the United States. Sadly, the same crisis is happening here, too.

I recently returned from a honeymoon road trip through the upper Midwest. At every stop along the way, coffee shops and hotels had replaced ceramic mugs and plates with throwaway products, mostly made of plastic. Meanwhile, the bulk section at my local grocery store no longer exists, replaced with shelves containing the same dry goods, in plastic bags.

We know that throwaway plastic does not protect us from the Covid-19 virus and that its pollution threatens our ecosystems and our bodies alike. Among other lessons, the global pandemic has taught us to value our health more, so let’s not needlessly let one crisis encourage another.