Dr. Anthony Fauci is retiring from the National Institutes of Health this month.Credit…Wolfgang Tillmans for The New York Times

Although I hesitate to use the hackneyed expression “It seems like just yesterday,” it ‌does feel that way as I prepare to leave the National Institutes of Health ‌after over five decades. As I look back at my career, I see lessons that may be useful to the next generation of scientists and health workers who will be called on to address the unexpected public health challenges that will inevitably emerge.

At ‌81, I still can clearly recall the first time I drove onto the bucolic N.I.H. campus in Bethesda, M‌‌d., in June of 1968 as a 27-year-old newly minted physician who had just completed residency training in ‌New York City. My motivation and consuming passion at the time were to become the most highly skilled physician I could‌‌, devoted to delivering the best possible care to ‌my patients. ‌This remains integral to my ‌‌identity, but I did not realize ‌‌how unexpected circumstances would profoundly influence the direction of my career and my life. I would soon learn to expect the unexpected.

I share my story, one of love of science and discovery, in hopes of inspiring the next generation to enter health-related careers — and to stay the course, regardless of challenges and surprises that might arise. 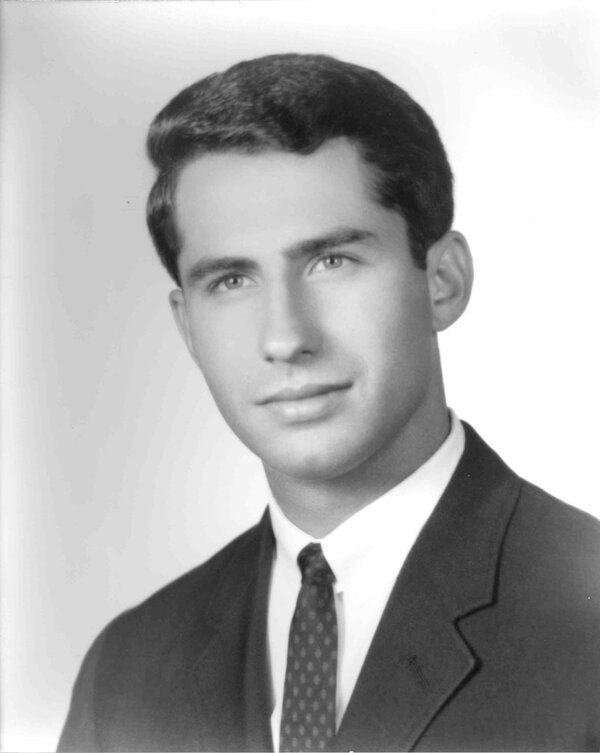 ‌It was during my residency training‌‌ that I became fascinated with the interface between infectious diseases and the relatively nascent but burgeoning field of human immunology. As I cared for many patients with commonplace as well as esoteric infections, ‌‌it became clear ‌‌that ‌‌physicians and other health care providers needed more tools to diagnose, prevent and treat ‌diseases. ‌

To merge these ‌‌interests, I ‌accepted ‌a ‌‌fellowship at the National Institute of Allergy and Infectious Diseases ‌‌at the N.I.H. ‌to learn ‌the complex ways cells and other components of the immune system protect us against infectious diseases‌‌. In doing so, I would follow the N.I.H. tradition of bench-to-bedside research by translating‌ laboratory findings into the care of patients and, in turn, taking insights from the clinic back to the laboratory to improve the ‌science.

‌Despite having no prior training in basic science research, ‌I unexpectedly became captivated by the potential ‌‌it had for making discoveries that would benefit not only my patients but also countless other p‌‌eople I might never meet, much less care for as their physician. ‌‌My newfound love for this work posed a major conflict ‌to my well-laid plans for practicing medicine. Ultimately, I chose to follow both paths: to become a research scientist and a physician caring for patients at the N.I.H., where I have been ever since.

‌‌There is so much discovery that can happen inside a laboratory and in the clinic — even when you least expect it. Early in my career, I was ‌able to develop highly effective therapies for a group of fatal diseases of blood vessels called ‌vasculitis syndromes. Patients who otherwise would have died ‌‌instead experienced long-term remissions because of the‌‌ treatment protocols I ‌developed. ‌‌My foreseeable future ‌seemed well charted: I would spend my life working on conditions related to abnormal immune system activity.

‌‌Then, in the summer of 1981, ‌doctors and researchers became aware of a mysterious disease spreading predominantly ‌among young men who have sex with men. I ‌became fascinated with this unusual ‌disorder, which ‌would become known as H.I.V./AIDS. ‌The hallmark ‌was the destruction or impairment of the very immune system cells the body needed to defend against it. I also felt a strong empathy for the mostly young gay men who were already ‌stigmatized and now were doubly so ‌‌as th‌‌e disease ‌‌‌wast‌‌ed their bodies, ‌‌stealing their lives and ‌dreams. ‌

Much to the dismay of friends and mentors ‌who felt that I would be short-circuiting an ascendant career, and against their advice, I decided to completely change the direction of my research. I would thereafter devote myself to AIDS research, ‌‌‌‌by caring for these young men at the N.I.H. ‌hospital while probing and uncovering the mysteries of this new disease in my laboratory — something ‌‌I have now been doing for more than 40 years.

I never aspired to a major administrative position and relished my identity as a hands-on physician and clinical researcher. ‌But I was frustrated with the relative lack of attention and resources directed to the study of H.I.V./AIDS in the early 1980s. ‌And once again an unexpected opportunity ‌arose when I was asked to lead N.I.A.I.D., and I accepted, on the condition that I could continue to care for patients as well as lead my research laboratory. This decision transformed my career and opened opportunities to positively influence medicine and global health in ways that I had not imagined.

‌Beginning with President Ronald Reagan, I have had the opportunity to personally advise seven presidents over my 38 years as N.I.A.I.D. director. Our discussions included how to respond to H.I.V./AIDS, as well as other threats such as bird flu, the anthrax attacks, pandemic influenza in 2009, Ebola, Zika‌‌ and C‌ovid-19. I ‌‌always speak the unvarnished truth to ‌presidents and other senior government officials, even when such truths may be uncomfortable or politically inconvenient, because extraordinary things can happen when science and politics work hand in hand.

In the mid-1990s, lifesaving antivirals for H.I.V. were proven safe and effective, largely through studies supported by N.I.A.I.D. They were made available in the United States in 1996. By the turn of the 21st century, people with access to these drugs could expect an almost normal life span. But access for people ‌living in sub-Saharan Africa and other low- and middle-income regions‌ was virtually non‌‌existent.

Driven by his deep-seated compassion and desire for global health equity, President George W. Bush ‌directed me, together with members of his staff, to develop a program that could deliver ‌these drugs and other care to people in resource-poor countries with high levels of H.I.V‌‌. It was the privilege and honor of my lifetime to be an architect of what would be‌come the President’s Emergency Plan for AIDS Relief program, which ‌‌has saved 20 million lives globally. PEPFAR is an example of what can be accomplished when policymakers aspire to bold goals, underpinned by science.

If the far bookend of my N.I.H. career is H.I.V./AIDS, the near bookend is C‌ovid-19. ‌‌This ‌pandemic was not completely unexpected, since emerging infectious diseases have challenged humanity throughout history, but some diseases can transform civilizations‌‌, and C‌ovid-19 is the most devastating pandemic of a respiratory illness to afflict humankind since the‌‌ 1918 influenza pandemic. And there‌‌ is much to be learned from ‌‌this ongoing experience with C‌ovid-19.

The United States is ‌reminded of the importance of continued investments in basic and clinical biomedical research. The major successes of the C‌‌ovid-19 pandemic have been driven by scientific advances, particularly life‌saving vaccines that were developed, proven safe and effective in clinical trials and made available to the public within one year — an unprecedented feat.

Other lessons are painful, such as the failures of certain public health responses domestically and globally. We also must acknowledge that our fight against C‌‌ovid-19 has been hindered by the profound political divisiveness in our society. In a way that we have never seen before, decisions about public health measures such as wearing masks and being vaccinated with highly effective and safe vaccines have been influenced by disinformation and political ideology.

It is our collective responsibility to ensure that public health policy decisions are driven by the best available data. Scientists and health workers can do their part by speaking up, including to new and old media sources, to share and explain in plain language the latest scientific findings as well as what remains to be learned.

As I ‌think of that 27-year-old who arrived on the N.I.H. campus in 1968, I am humbled by the enormous privilege and honor I have had serving the American and global public. ‌

I have experienced enormous joy and benefit from ‌‌training and learning from the hundreds of brilliant and dedicated physicians, ‌scientists‌ and support staff members working in my laboratory, in the N.I.H. clinics and in the N.I.A.I.D. research divisions and from domestic and international research collaborators.

Looking ahead, I am confident that the next generations of young physicians, scientists and public health practitioners will experience the same excitement and sense of fulfillment I have felt as they meet the immense need for their expertise to maintain, restore and protect the health of people around the world and rise to the continual unexpected challenges they will inevitably face in doing so.

Anthony Fauci is the director of the National Institute of Allergy and Infectious Diseases and the chief medical adviser to President Biden.